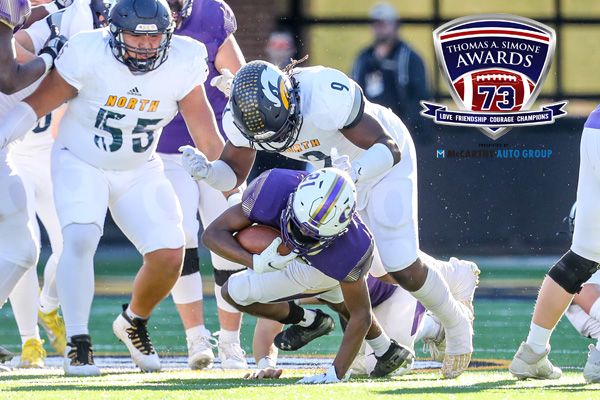 The next honor in this Year’s Simone Awards presented by The McCarthy Auto Group is the Buck Buchanan Award given to the best Big Class (5-6) offensive lineman/defensive lineman/linebacker in the Kansas City Metro.

Laster had an outstanding junior season finishing with 55 solo and 83 total tackles, 14 tackles for loss, four sacks and three forced fumbles. He anchored a defense that allowed no more than 14 points in the 12 wins the Eagles had as North finished 12-1 losing to state champion CBC.