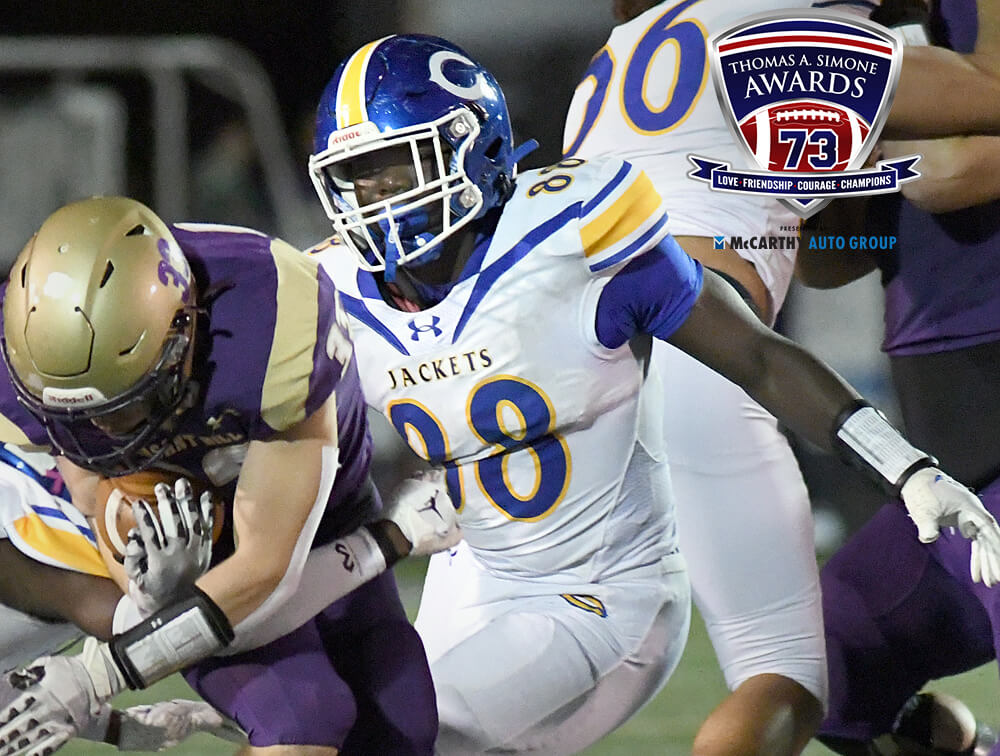 For the second time in school history a player from Center has won the Bobby Bell Award. Dirac Tsafack is this year’s winner of the honor given to the best small school (Class 1-4) offensive lineman/defensive lineman or linebacker.

Tsafack was named the winner during Tuesday’s 6 p.m. newscast on KSHB 41. The Bell is the second of the five major Simone Awards Presented by The McCarthy Auto Group.

In 2012 Center’s Maliek Collins won the award. Collins is currently playing in the NFL with the Houston Texans.

Tsafack earned the honor after an outstanding senior season that saw him finish with 118 tackles, 24 tackles for loss, 6 sacks, three forced fumbles, three pass break-ups and a 37-yard scoop and score for a touchdown.

Center finished this season 11-1 allowing one score or less in six games. In the Yellowjackets lone loss they held Smithville to its second lowest point total of the season in the 20-0 loss.