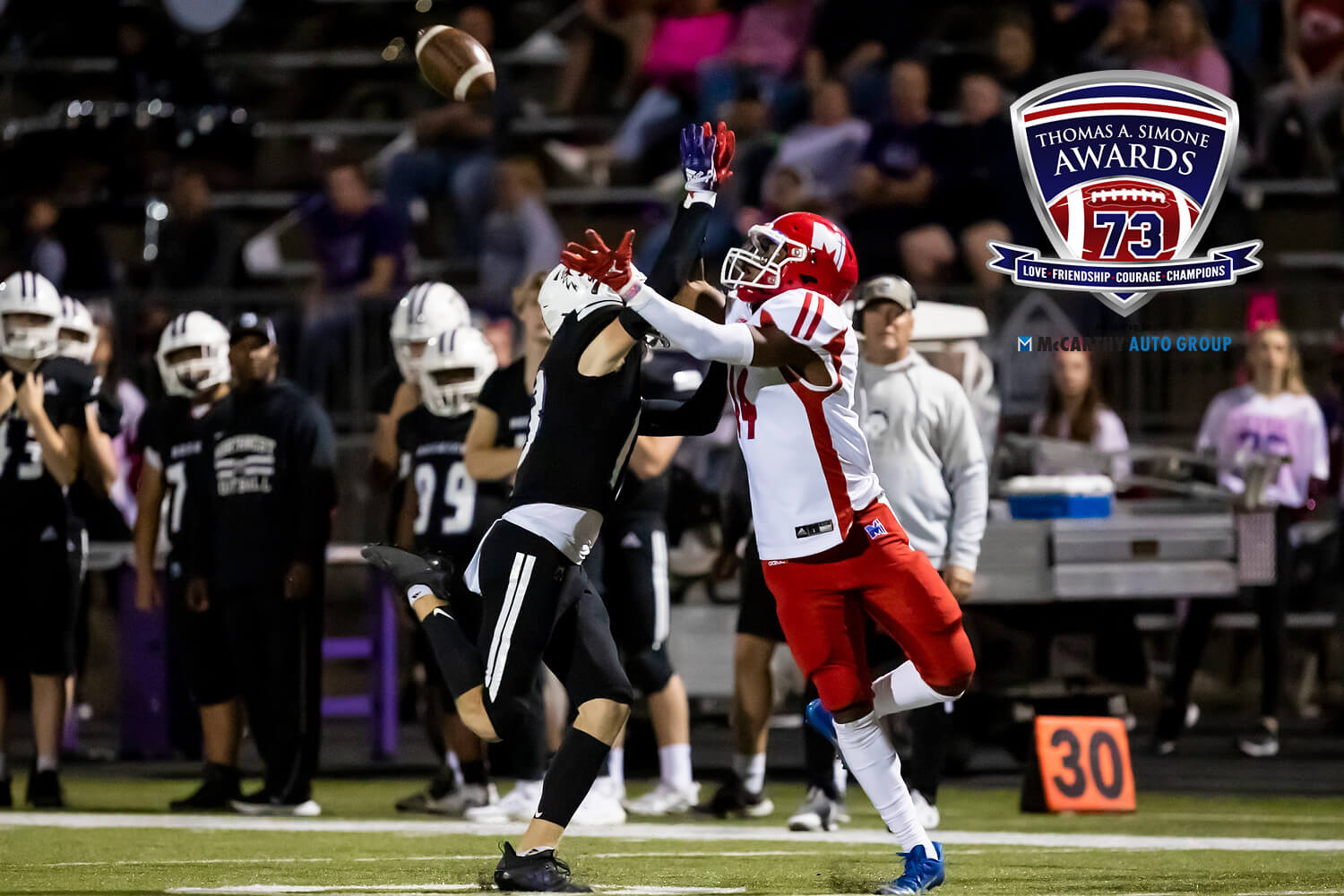 Even though Bishop Miege made the Kansas Class 4A semifinals the last two season 2022 was a bounce back year for the Stags. The season began with a five-game winning streak and ended with a 35-14 win over Wamego in the state championship game.

The Stags rode a strong defense and a dynamic offense to the title. One of the main cogs in that offensive machine was receiver Isaiah Coppage. The senior had a breakout season pulling in 84 receptions for 1,309 and 17 touchdowns.

Coming off the state title Saturday Coppage was named the winner of the Otis Taylor Award as the top wide receiver/tight end in the Kansas City Metro. It’s the first award announced in this year’s Simone Awards Presented by The McCarthy Auto Group.

It was a very consistent year for Coppage pulling in double digit catch games seven times to go along with seven games of more than 100 yards as he averaged 100.7 yards and 9.5 catches per game.

He is the fourth receiver from Bishop Miege to win the award joining Daniel Jackson (2019), Jafar Armstrong (2016) and Tre Parmalee (2011)