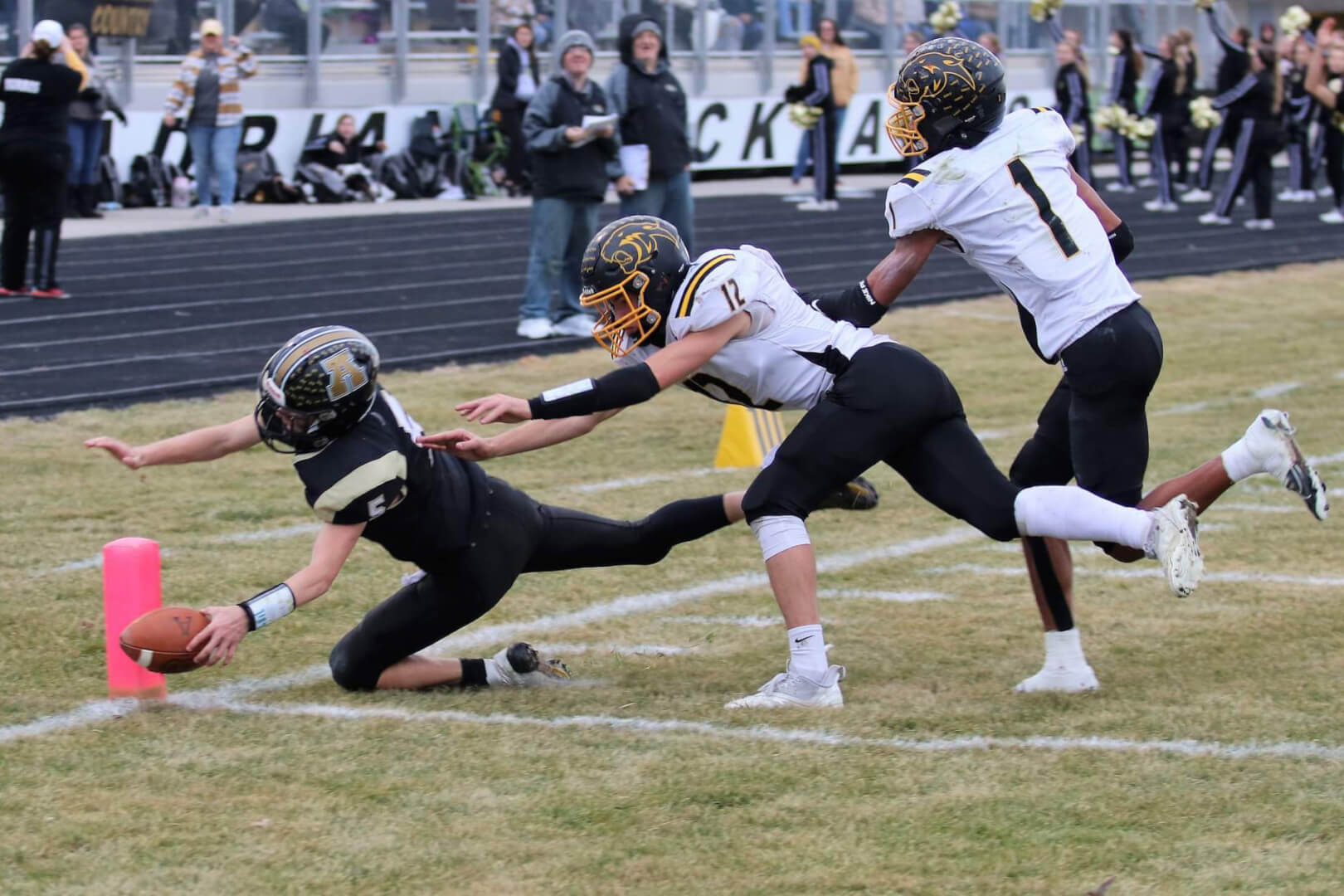 Adrian used a stifling defense to advance to the Missouri Class 1 State Championship for the first time in 20 years.

The Blackhawks, 12-2, controlled the line of scrimmage holding off Monroe City 32-16.

Monroe City got on the board first when Quincy Mayfield scored from a yard out after logging a 49-yard run on the previous play.

Trailing 8-0, Adrian made a quick response when Hunter Bailey scored on a 65-yard run to tie the game 8-8 after a two-point conversion from Colton Miller to Jackson Deal.

The Adrian defense continued to slow down the potent Panther running attack which was averaging over 44 points per game. In all, Adrian held the Panthers to just 188 yards of total offense.

Adrian would quickly get the ball back after a three-and-out from Monroe City near midfield. It took just one play for the Blackhawks to extend their lead to 22-8 when Miller, a sophomore quarterback, broke free for a 54-yard touchdown run.

After the teams played to a 0-0 third quarter, for a second straight week it was all Blackhawks in the fourth quarter.

With 7:47 left in the game, Miller, who led all rushers with 162 yards, would score his third touchdown of the game along with scoring the two-point conversion.

The Panthers moved the ball to their own 40 before quarterback Reece Buhlig’s pass was intercepted by Aaron Yoss. The Blackhawks would march down to near the end zone before their drive stalled inside the Panther two.

On the first play, Hank Tenholder, who finished with eight tackles including three for loss, sacked Buhlig in the end zone for a safety and the eventual 32-16 win.

The win marks the first trip to the state final since Adrian defeated Hayti in 2002 and just the third trip overall.

The Blackhawks take on East Buchanan at 3 p.m. next Saturday at Faurot Field.