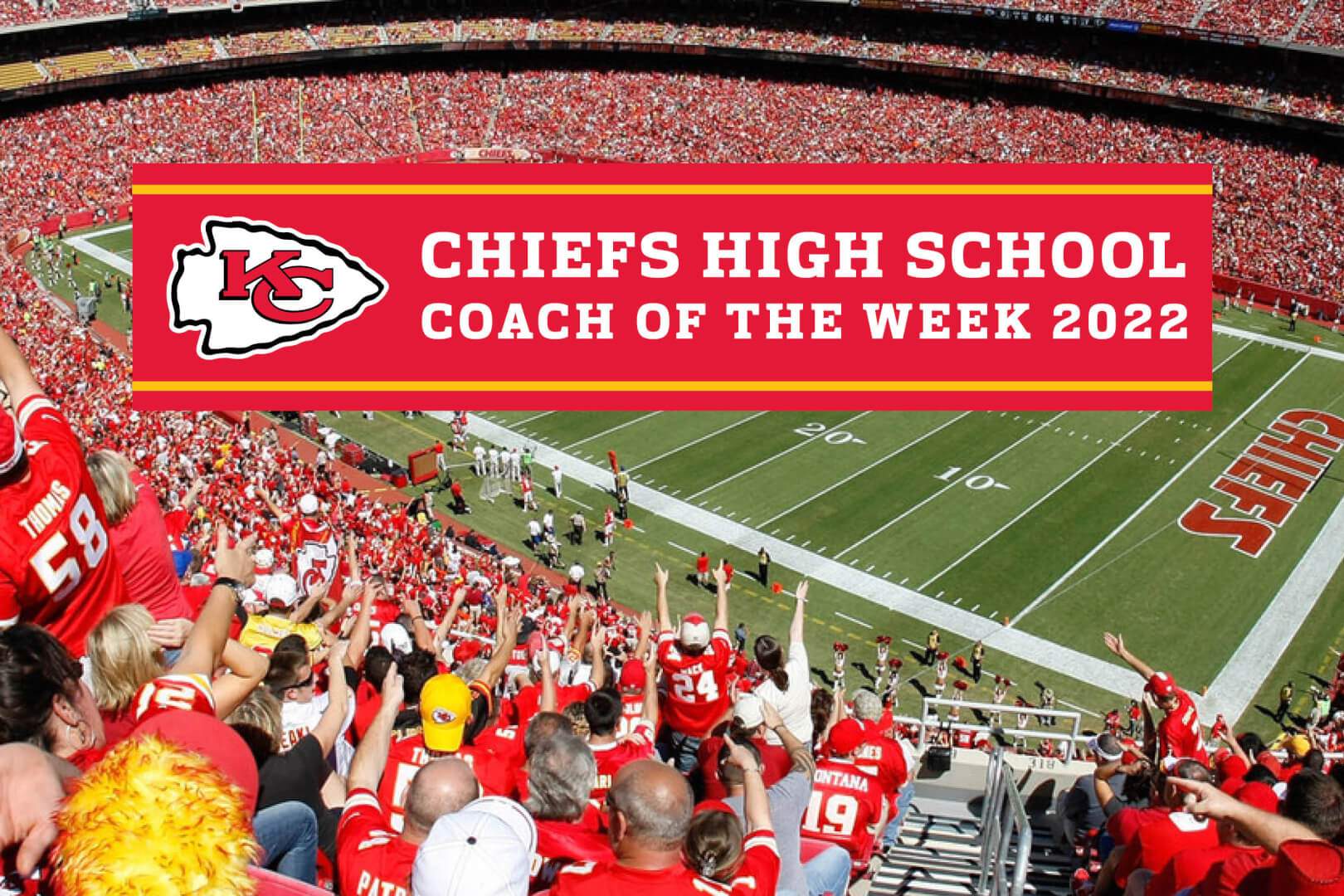 The Kansas City Chiefs have announced their Coach of the Week honors for Week 2 of the 2022 season. The awards go to Blue Springs South coach Alan Wilmes (Missouri) and Shawnee Mission North coach Andy Walter (Kansas).

As a result of this honor, both schools will receive a $500 grant from the Hunt Family Foundation. Additionally, both coaches will be presented congratulatory footballs autographed by Chiefs Head Coach Andy Reid and a certificate recognizing their selection. Both coaches are now qualified for the Eric Driskell Coach of the Year Award, which will be voted on later this fall. The Eric Driskell Coach of the Year Award is selected by a panel comprised of the Missouri and Kansas Boards from the Greater Kansas City Football Coaches Association.

Blue Springs South defeated Park Hill 50-49 after rallying from an 18-point deficit in the fourth quarter. The victory moves the Jaguars to 2-1 in Wilmes’ first season at the helm of the team. Blue Springs South has doubled its wins from the 2021-22 season. Wilmes credits the entire Blue Springs South community for the team’s success.

"We are very honored to receive the Kansas City Chiefs Coach of the Week Award. It represents the hard work and commitment our players and coaching staff have made to this program. I am honored and fortunate to be their head coach and the leader of the Blue Springs South football program. We are building something very special at JagNation and I cannot wait to be a part of the journey."

Shawnee Mission North defeated Olathe South 28-21 to move to 2-0 on the season. The Bison’s win total so far is equal to its wins over the past three years. Walter said it’s an honor to be recognized by the Chiefs.

"This recognition is a tremendous honor for our program. It’s a direct reflection of the effort that our players, coaches, and community have put into our season. We appreciate all that the Chiefs do to support football in our city. We look forward to continuing to represent our school and community with pride. Go Bison and go Chiefs!”

In its 26th season, the 2022 High School Coach of the Week is a joint initiative of the Kansas City Chiefs and the National Football League. This program is designed to recognize and reward Kansas City area high school coaches for superior performance on a weekly basis while honoring individuals who are shaping today’s youth and tomorrow’s leaders.