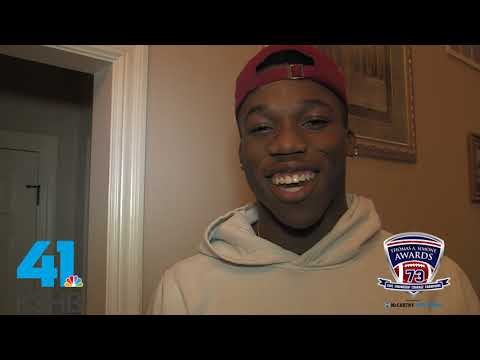 The Taylor Award is the first of five awards as part of the annual Simone Awards presented by The McCarthy Auto Group.

The senior caught only 48 passes this season (4 catches/game) but he made the most of them, turning them into 14 touchdowns 1,002 yards. Reuben averaged 20.8 yards per reception.

Reuben was named the Co-Suburban Red Offensive Player of the Year in helping lead the Panthers to a 11-1 record and a berth in the District Championship game.

Reuben will play his college football at Stanford.

"Two years ago, today, I was playing soccer and wanting to go to the big leagues and soccer. So I mean, it's really only the beginning. And I'm excited to be able to play football for the next four years of my life," Reuben said.

The Simone Award winner will be announced at ceremony at the winner's school on Tuesday, December 7th.