It’s award season and the most prestigious high school football award in the Midwest, The Simone Awards is right around the corner.

The ballot was sent to the coaches on the committee and media today with the 10 semifinalists for each award. They are listed in the video below. 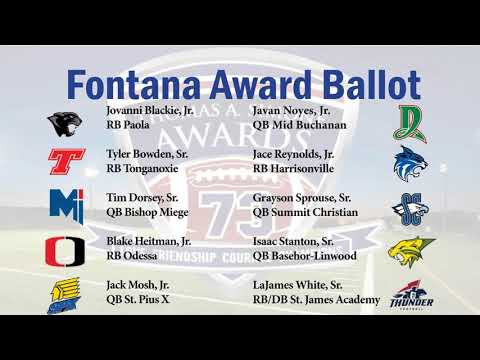 This year the awards will have a different look. There won’t be a ceremony but The Simone Awards is partnering with PrepsKC and 41 Action News to announce the winners live on 41 Action News.