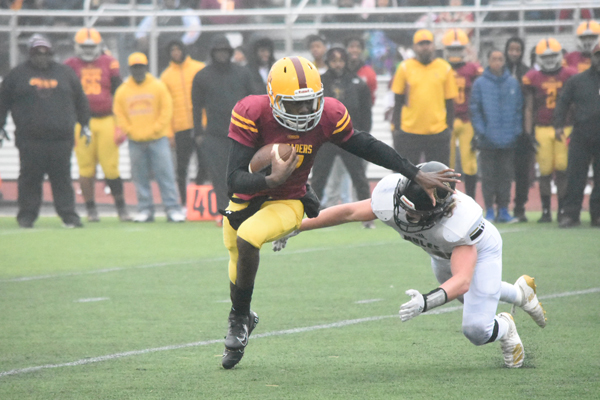 ST. LOUIS — Lathrop’s season was brought to an end Saturday with its lone loss coming the final day before December.

Lathrop lost its first game of the season to Lutheran North in Saturday’s Class 2 semifinal at Bayless High School. The Crusaders advanced to the state championship with a 38-24 win over the Mules, denying Lathrop a second straight trip to the title game.

“We struggled trying to block them up front. We just couldn’t run the football and Blake (Gordon) didn’t have a lot of time to throw the football,” Lathrop head coach Chris Holt said.

The Mules came into the third quarter trailing 31-10, but continued to fight. Lathrop seniors Blake Gordon and Tyler Paul scored touchdowns in the second half.

“We’ve been working hard for four years. We’re proud that we were able to get here and we fought really hard,” Gordon said.

Holt wanted to see the team go further, but was proud with how far it came.

“The kids came up short and I know they wanted to go to that next step, but a lot of people were kind of concerned with the seniors we graduated last season and if we’d still be a good football team and I think we answered those questions,” Holt said.

Nineteen seniors will hang up their Lathrop uniforms this year. Since going 7-3 their freshmen year, the seniors have seen a significant growth in the football program’s success.

The Mules made their first state championship appearance last season, setting a new precedent at Lathrop for the most successful postseason in school history as they advance to the Class 2 state semifinal.