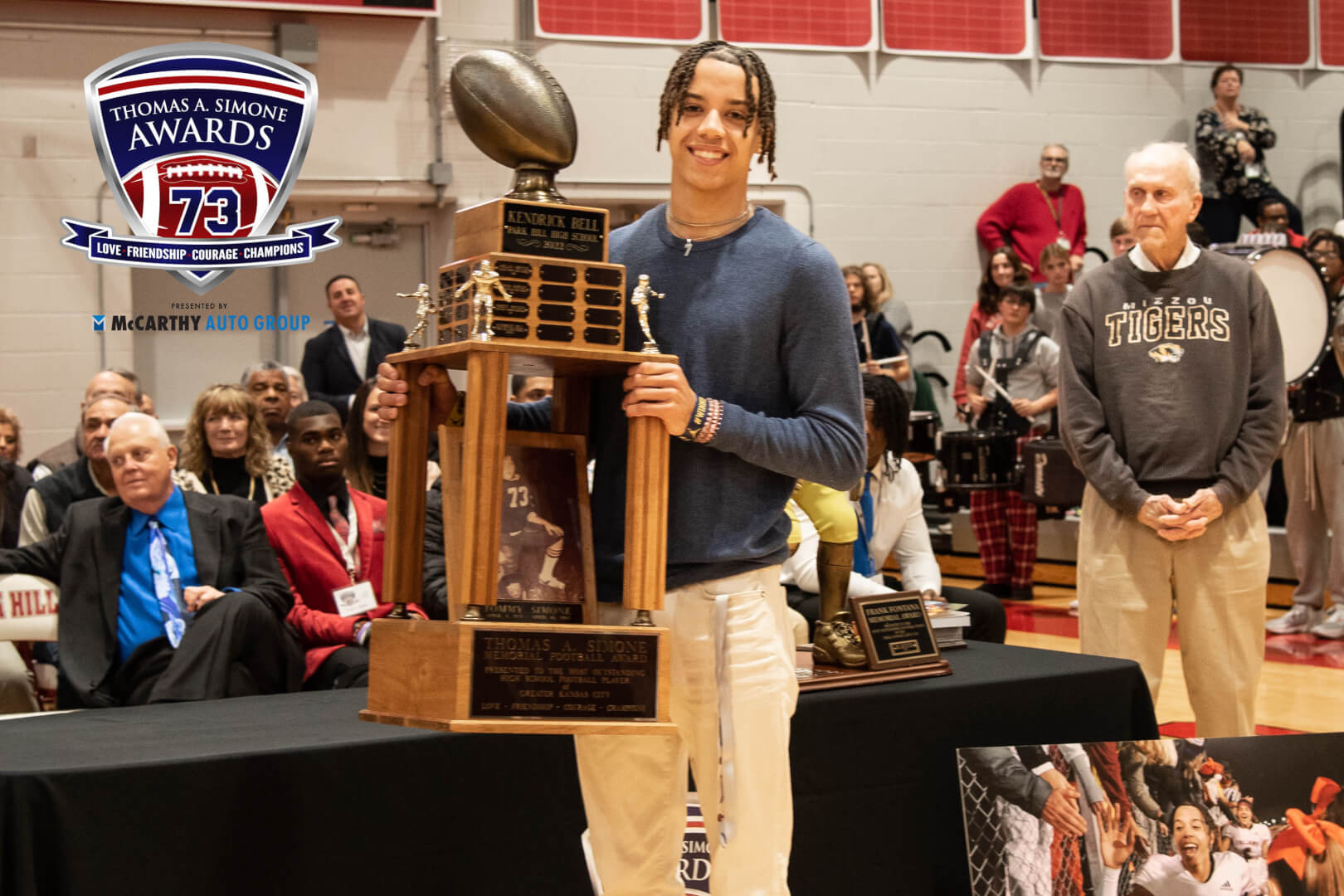 Today at Park Hill High School Kendrick Bell joined his brother Ronnie Bell as a Simone Award winner. The Trojans quarterback and his brother, who is currently a wide receiver at the University of Michigan, became the first brothers to win the award.

This is the 40th time the Simone Award has been handed out and Kendrick Bell becomes the third Park Hill player to win the honor joining Ronnie Bell in 2017 and Jeff Kelso who was the first winner of the Simone Award in 1983.

The ceremony saw the winners of the other four major awards highlighted along with the announcement of the Chiefs Coach of the Year, winner of the lifetime achievement award, Gordon Docking Media Award and the members of the 2022 All-Simone Team.