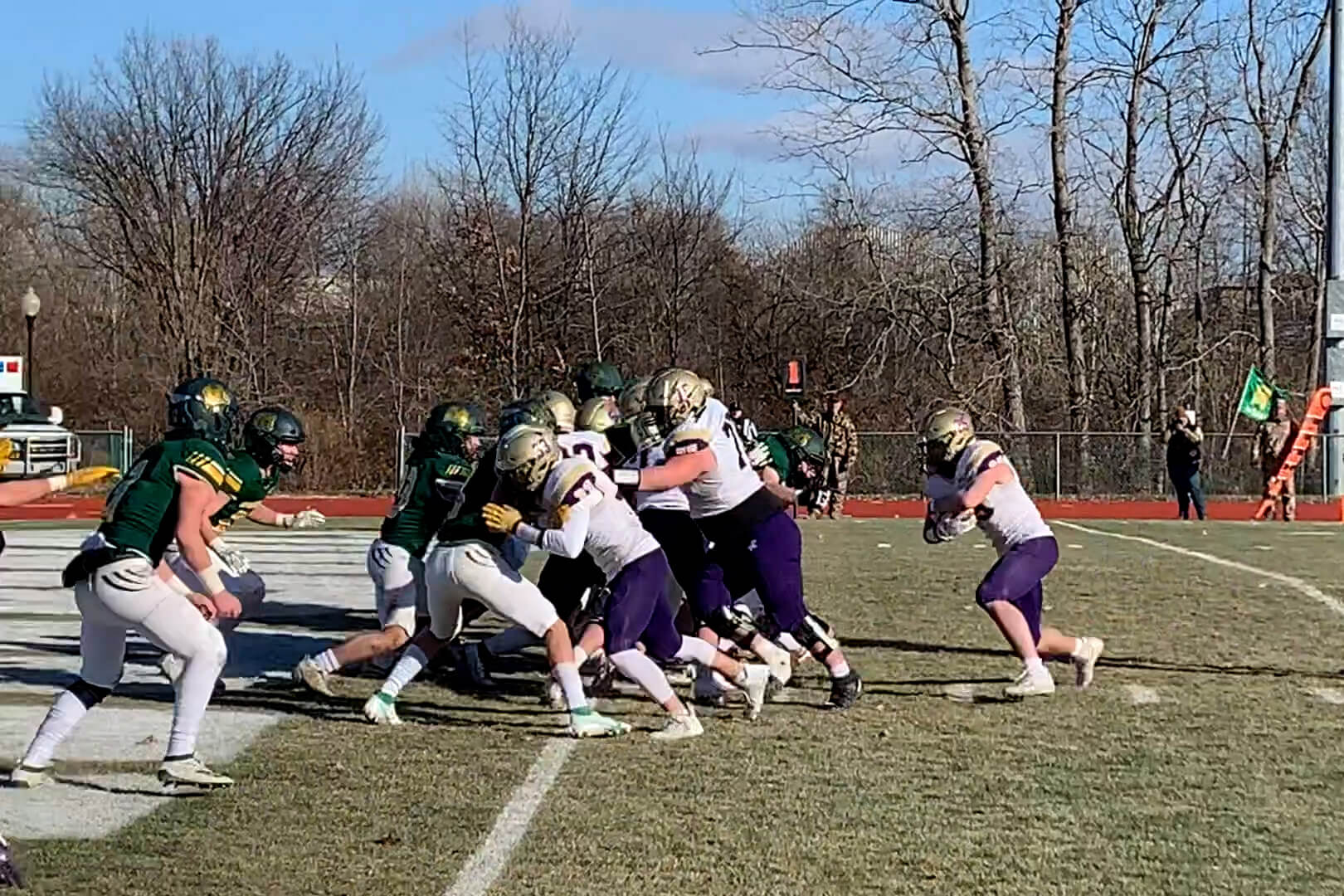 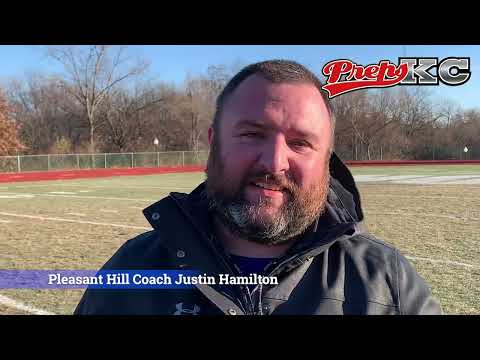 It was a cold blustery day, in Maryville, but the Pleasant Hill Roosters will have a happy bus ride home as they come away with a, hard fought 43-28 victory of the Spoofhounds.

After the game Rooster head coach Justin Hamilton told his team, that the Roosters had not been this far in the state tournament since 1975.

The scoring started quickly for both schools, each scoring on their second offensive play from scrimmage. Maryville hit the scoreboard first when Derek Quinlin Davis connected with Delton Davis over the middle. Davis stiff armed a would-be tackler, and changed directions, for 60-yard touchdown. Noah Bellamy converted the kick, and the score was 7-0.

Pleasant Hill tied the game when Easton Roe, found Ayden Cline, who also outran the defenders for a 64-yard score. Roe also handled the kicking duties, and the score was tied.

Maryville came right back when, Davis called his own number, and scored on a 1-yard keeper. Bellamy nailed the kick, and his squad led 14-7.

With just 1:11 left, in the first quarter, Brayden Bush went straight through the defense for a 20-yard touchdown. The Roosters lined up for the kick, but Maryville jumped offside, so the offense came back on the field, and Bush took a direct snap and muscled his way in for the two-point run. This gave them the lead 15-14.

Maryville regained the lead when Drew Burns took a jet-sweep and raced around left end for a 5-yard touchdown. Maryville went for two, Caden Stoecklein took a handoff and ran to his right, with the option to pass or run. Stoecklein was being brought to the ground when he basically threw a “hook-shot” from the backfield. Delton Davis dove for the pass, and made a spectacular catch, for the two points. Maryville led 22-15.

The Roosters changed their running formation, with their running back taking direct snaps. The moved the ball down the field efficiently, with Bush running the last 8 yards for the score. The point after failed and Maryville went to halftime leading 22-21.

The second half belonged to the Roosters, their offensive line, and Brayden Bush. The Roosters had a short field thanks to a shifty punt return by Mason Hicks. Bush carried the ball in from 1 yard out. Again, they would go for two. Easton was looking to pass, but was flushed out of the pocket, scrambling to his left. He reversed his direction and went back the other way for the two-point run. The Roosters had a 29-22 lead.

Bush who also played linebacker, put the game away when he, stepped in front of a pass, and returned it 73 yards for a pick-six. The two-point run was no good, and Rooters now led 35-22.

Maryville managed to score one more time. Cooper Loe took a hand-off and went for 12 yards and the score. The kick was wide right, but it was still a one score game.

Bush, let his lineman clear the way down the field. His final touchdown of the game was 28-yard run. He appeared to be stopped for no gain but spun out of the tackle. He broke two more tackles, and managed to stay in bounds, the last half of the run. Bush capped the scoring with another direct snap for the final two points of the game.

When asked about his ability to break tackles and stay in bounds after the game, he smiled and said, “Weight Room!”

The loss drops Maryville to a final record of 8-4. With the win Pleasant Hill improves to 11-1 and is just one game away from the State Title Game. Pleasant Hill will host Cardinal Ritter at 1 p.m. Nov. 26 in the Class 3 semifinals.