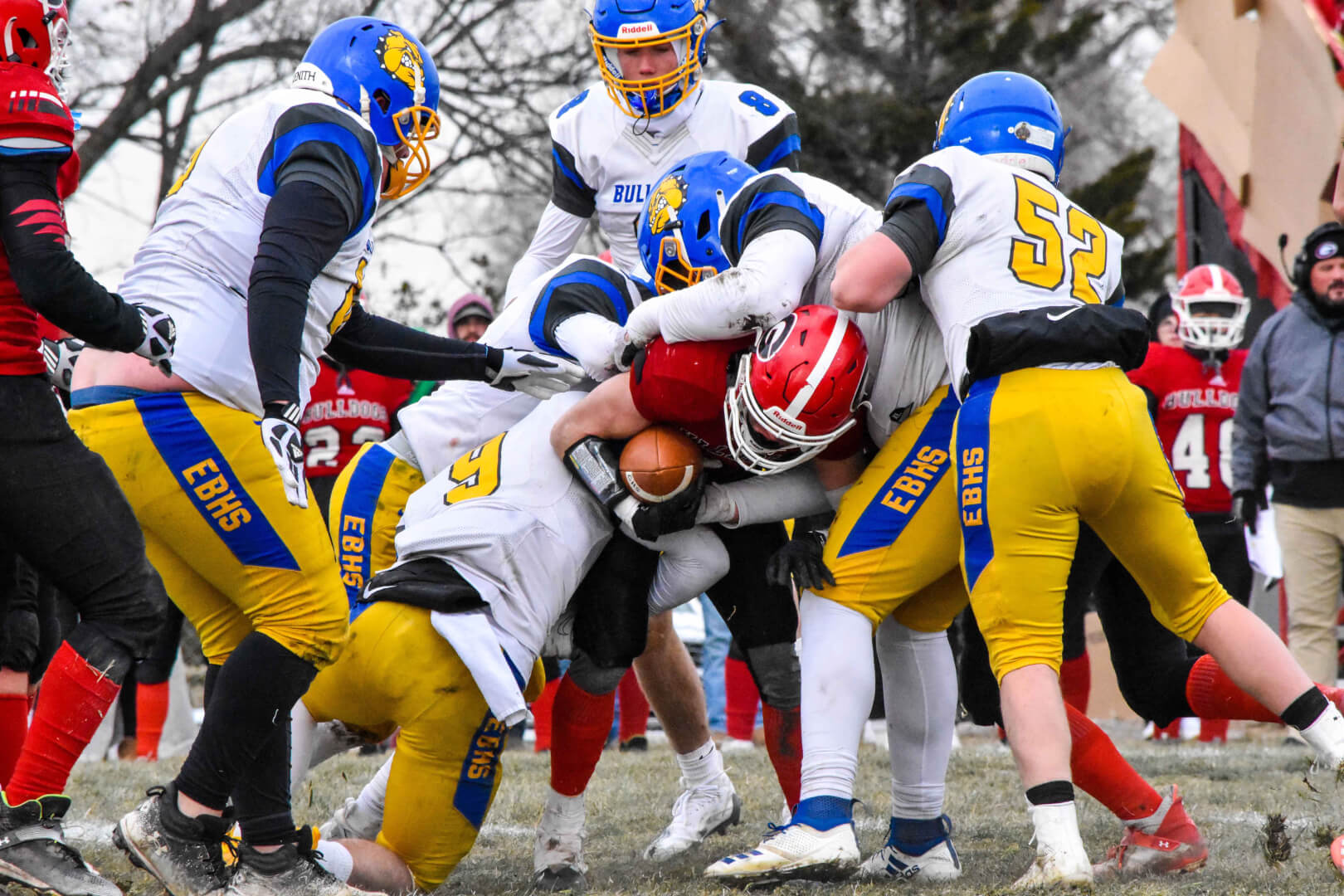 The defending Missouri Class 1 State Champion East Buchanan Bulldogs took the next step towards defending their title earlier today, but it wasn’t easy as they fended off a tough Gallatin team, 14-6.

Their Quarterfinal victory earns East Buchanan a spot in the Semifinals against Duchesne which will take place next Saturday, November 26 in Gower.

The elements of a frigidly cold November afternoon combined with two defenses out to prove a point, made for a low scoring affair between two teams averaging close to 40 points per game.

“This win showed that we can always get the job done when things don’t go to plan,” said East Buchanan head coach Dan Ritter. “Our defense once again showed that even if the offense is struggling, they can take care of business.”

Both defensive units dominated the first quarter of this contest as each team ended their first possessions with a punt.

Gallatin threatened to score on their second possession, but a missed field goal kept the game locked at 0-0 heading into the second quarter.

Early in the second quarter, Gallatin broke the tie on a one-yard touchdown run. Setting up the touchdown was a crucial fourth and five conversion. The score was the first points the East Buchanan defense had given up in 17 quarters.

Trailing for the first time since week two against Savannah, East Buchanan finally reached the end zone with 41 seconds left in the first half, when junior Trevor Klein scored on an eight-yard touchdown run.

The third quarter brought more dominant play from both defenses as each came up with multiple fourth down stops.

Clinging to a one-point lead, East Buchanan extended the lead to 14-6 on a 48-yard touchdown run by Klein midway through the fourth quarter. The hard running Bulldog ran through a pair of arm tackles before streaking down the sideline for the score.

For the game Klein carried the ball 33 times for 227 yards and had both East Buchanan scores.

Gallatin’s last chance to tie the game came on the following possession and the Bulldogs in red and black were moving the ball before a fumble, which was recovered by East Buchanan junior Wyatt Parker, brought their comeback bid to an end.

A first down followed by a pair of victory knees officially punched East Buchanan’s ticket to the semifinals for the second year in a row.