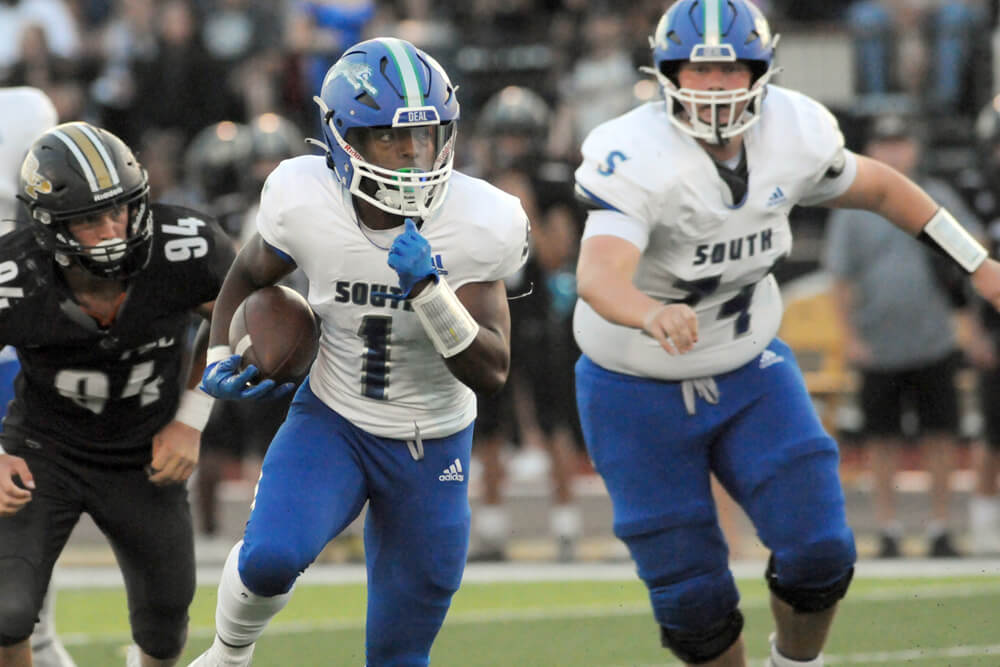 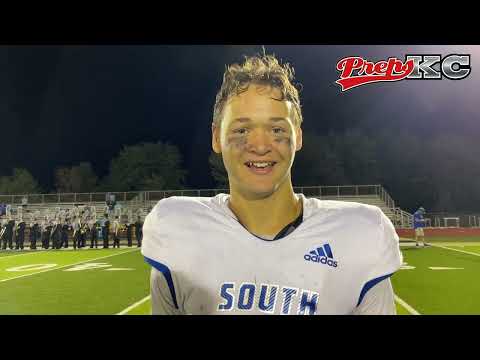 Friday’s game between Blue Springs South and Raymore-Peculiar was a tale of two halves.

The Jaguars (3-1), stormed back from a 17-point halftime deficit to stun Ray-Pec 52-34 at Panther Stadium on homecoming.

“I told them that we’ve been here before, that we can come back from anything. We’ve been in worse places,” first-year coach Alan Wilmes said. “I told them we were going to go back (out there) and win the game.”

The tide began to turn on the very first play from scrimmage in the third quarter as South’s defense stripped the ball away from Ray-Pec running back Thomas Fager, to give the Jaguars prime field position.

South only needed three plays to capitalize on the misfortunes, as Cash Parker threw a bullet to Caysen Stevenson for a 13-yard touchdown.

After forcing the Panthers to go 3-and-out on its ensuing possession, the Jaguars inched closer as senior running back Theodis Thomas bulldozed his way into the end zone from the 2-yard line.

“Our defense was out there making big plays (the entire second half),” Parker said, who completed 17 of his 31 passes for 301 yards and four touchdowns. “I can’t be more thankful for them (right now).”

The Panthers tried to stop the bleeding, but the Jaguars defense proved to be too much as they forced another punt, taking over at their own 30-yard line.

South wasted no time taking the lead as they marched down the field in six plays. The 70-yard drive was capped by a spectacular 38-yard catch by Malachi Howard from Parker.

Trailing 34-31 midway through the third quarter, South’s quick strike offense struck again. This time it was Bryce Reeves who provided the fireworks as he scampered into the end zone with an electrifying 61-yard run.

“It all comes down to our kids … they believe,” Wilmes said of his team's second half onslaught. “They just play hard. They’re starting to actually play within the system finally and do their job. … Who knows what’s going to happen. We’re like a circus out there.”

South put the game on ice in the fourth quarter as Tommy Lapour capped off the win with a 72-yard touchdown. Lapour finished the game with eight catches for 170 yards and one touchdown.

Next up, South will travel to Grain Valley. While Ray-Pec will cross state lines to Blue Valley North.