Beginning with a win 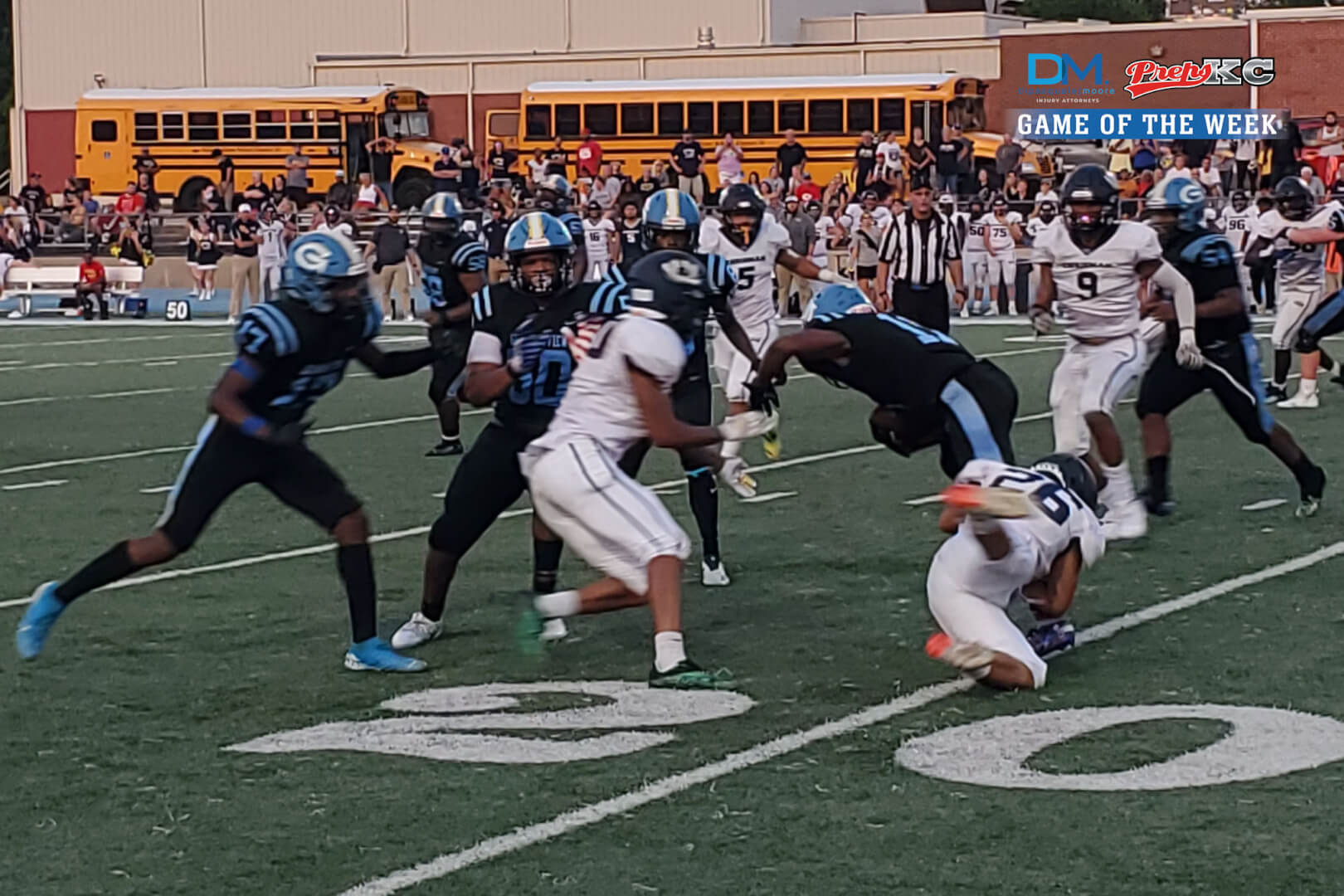 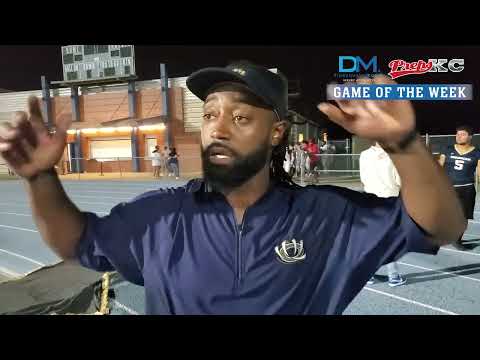 But something had to give. Enter Cory, a highly skilled kicker and punter.

Every Big 12 school in the region should be recruiting Cory, his coach said. After Friday, Cory may be on some college's recruiting radar. His 65-yard punt late in the second quarter flip the field and the game's momentum. The kick was one of beauty.

"That's what I do," Cory said. “Special teams matter."

Led by Cory, wide receiver Nick Terrell, running back Antonio Miller and defensive back Antonio Graham, the Bears held off Grandview for a 21-14 triumph Friday at Grandview.

The win wasn't pretty. But no one on the Bears sideline was interested in apologizing for the victory.

Terrell added: "We've been working hard all spring, all summer. I feel like we're going to be great this year."

First game miscues can run the gamut, as proven by Friday's tilt between Chrisman and Grandview. Defenses swarmed. Helmets flew. Turnovers hurt both teams early. Untimely penalties on each side stalled drives. And both offenses struggled to gain momentum.

In the end, Chrisman made a few more big plays down the stretch than the host team, and the Bears pulled off a hard earned win in the DiPasquale Moore PrepsKC Metro Matchup, Rose-Ivey's first as a head coach.

The Bulldogs' Joseph Lepak and KK Wright proved a formidable duo. Lepak, a quarterback, and Wright, a running back, were tough outs for the Bears. Wright scored twice against William Chrisman. Lepak ran tough and provided steady leadership from the quarterback position. He made timely throws to receivers and tight ends and made his presence felt all evening. Little mistakes proved costly. The gaffes were too much to overcome.

Early on, nerves hampered both teams. The Bears and Bulldogs traded fumbles and penalties with a few big plays mixed in. Grandview's Wright scored the game's first touchdown, a 5-yard jaunt with 7 minutes, 16 seconds remaining in the first quarter. The scoring drive was set up by a 26-yard reception by tight end Tavvin Phillips and a 35-yard scramble by Lepak.

Grandview nursed a 7-point lead for most of the first half. Cory's magnificent punt pinned the Bulldogs deep in their own territory with less than 2 minutes remaining in the first half. Two plays later, the Bears' Dayton Dockins recovered a fumble in the end zone for a touchdown with 1:28 left in the second quarter. Cory's extra point kick tied the game at 7-7.

Behind a hurry-up offense, the Bulldogs marched into Chrisman territory. But the Bears' Antonio Graham stepped in front of a floater from Lepak and ended the scoring threat with 32 seconds remaining before the break.

After a lengthy halftime - Friday was Hall of Fame night at Grandview - the Bears came out determined. A steady run game took the Bears deep into Grandview territory. On 3rd and 10 from the Bulldogs' 15-yard-line, the Bears' Cory connected with Terrell for a scoring strike. Cory's extra point put Chrisman in front 14-7 with 5:44 in the third.

The tally quieted a spirited Grandview crowd. The Chrisman sideline found a new gear. And the Bears were rolling.

But Grandview answered. Once again, the Bulldogs moved swiftly into the Bears side of the field. On second down, from the 25, Lepak got loose for a nice gain. A holding call negated the pickup. The Bulldogs went backwards and another promising drive derailed.

Or so we thought.

On 3rd and 29 from the Bears' 36, Lepak delivered a beautiful throw to a Grandview receiver for 29 yards and a first down from the 7. Wright finished the drive with his second scoring run of the evening. The extra point tied the game at 14-14 four seconds into the fourth quarter.

Following the score, Chrisman's Miller broke off a 34-yard run. He capped the long drive with a 30-yard score to put the Bears back in front with 9:47 remaining in the game. Another successful kick from Cory made the score 21-14.

A 35-yard pass completion gave Grandview life. A 31-yard touchdown run by Ja'Lyne Armstrong was wiped off by an inopportune holding penalty. A dead ball unsportsmanlike penalty was called on Armstrong for spiking the ball after he thought he scored. The Bulldogs faced first and 33 from the 42.

On fourth and 5 from the 30, the Bears forced another fumble and held on for an impressive season-opening win.