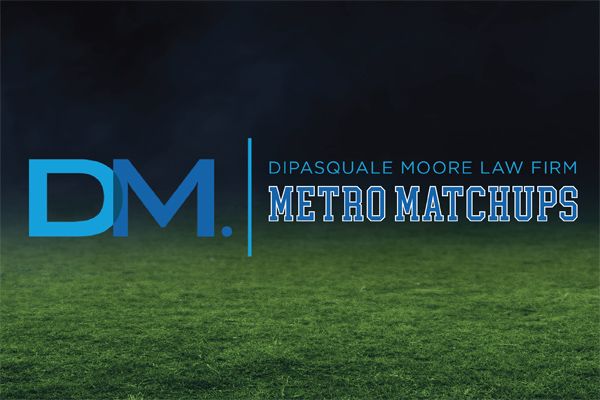 The build up to the 2022 season opener is over. Preseason practice and jamborees are relics of a recent past. Time to strap on the pads, buckle up the chin straps and play ball.

High school football in Missouri is back. William Chrisman will travel to Grandview Friday to take on the Bulldogs in the DiPasquale Moore PrepsKC Matchup of the Week.

But the Bears can't sleep on the kids upfront, Rose-Ivey said. Grandview's offensive line is much improved from a season ago, Chrisman's coach said.

"The biggest improvement area we've had so far would be up front on both sides of the football," Joiner said.

Joiner's son, Derek Joiner, is one of three returning offensive lineman with significant playing experience for Grandview. Two talented underclassmen will round out the first unit, Dan Joiner said. Over the summer, "they've gelled well," the head coach said.

Grandview will deploy a platoon system. Joiner likes his top 22 on offense and defense but Grandview's top dogs will be on the field when it matters most.

"You want your best players out there when the game's on the line," Joiner said.

Friday is Hall of Fame night at Grandview. Among the honorees: the 1984 football team that featured former Simone Award winner Shawn Long, a solo Hall of Fame inductee in 2016's inaugural class. The atmosphere should be an exciting one.

"We anticipate a great environment," Joiner said. "I'm sure Chrisman will travel well."

It's anyone's guess what Chrisman will bring to the table in its first game under a new regime. Seniors like Antonio Graham will lead the way. But underclassmen had better be ready to answer the bell when their number is called.

"We've got some quality seniors that are going to lead us this year," Rose-Ivey said. "We're just going to continue to develop depth with the younger guys."

This week, several Bears spoke highly of Rose-Ivey and his staff. The first-year coach has established a different level of accountability, the players told reporters Wednesday at DiPasquale Moore PrepsKC Media Day.

"The biggest thing is learning the Chrisman community," Rose-Ivey said. "Getting around to everybody and making my face known in the hallway to everyone, not just football players."

Last season, the first under Joiner, Grandview was 3-7 overall and 2-4 in the Suburban Blue. The Bulldogs are a Missouri Class 4 team looking to protect its home field on a special night.

Chrisman was 3-7 overall last season and won just one Suburban White game. Rose-Ivey is fresh off successful stints as an assistant coach at Lincoln College Prep and North Kansas City. The Bears, a Missouri Class 5 program, would like to mark the first game under their new coach with a win.

Buckle up. The high school football season in Missouri promises to be another one for the ages.