Shining a light on growing programs 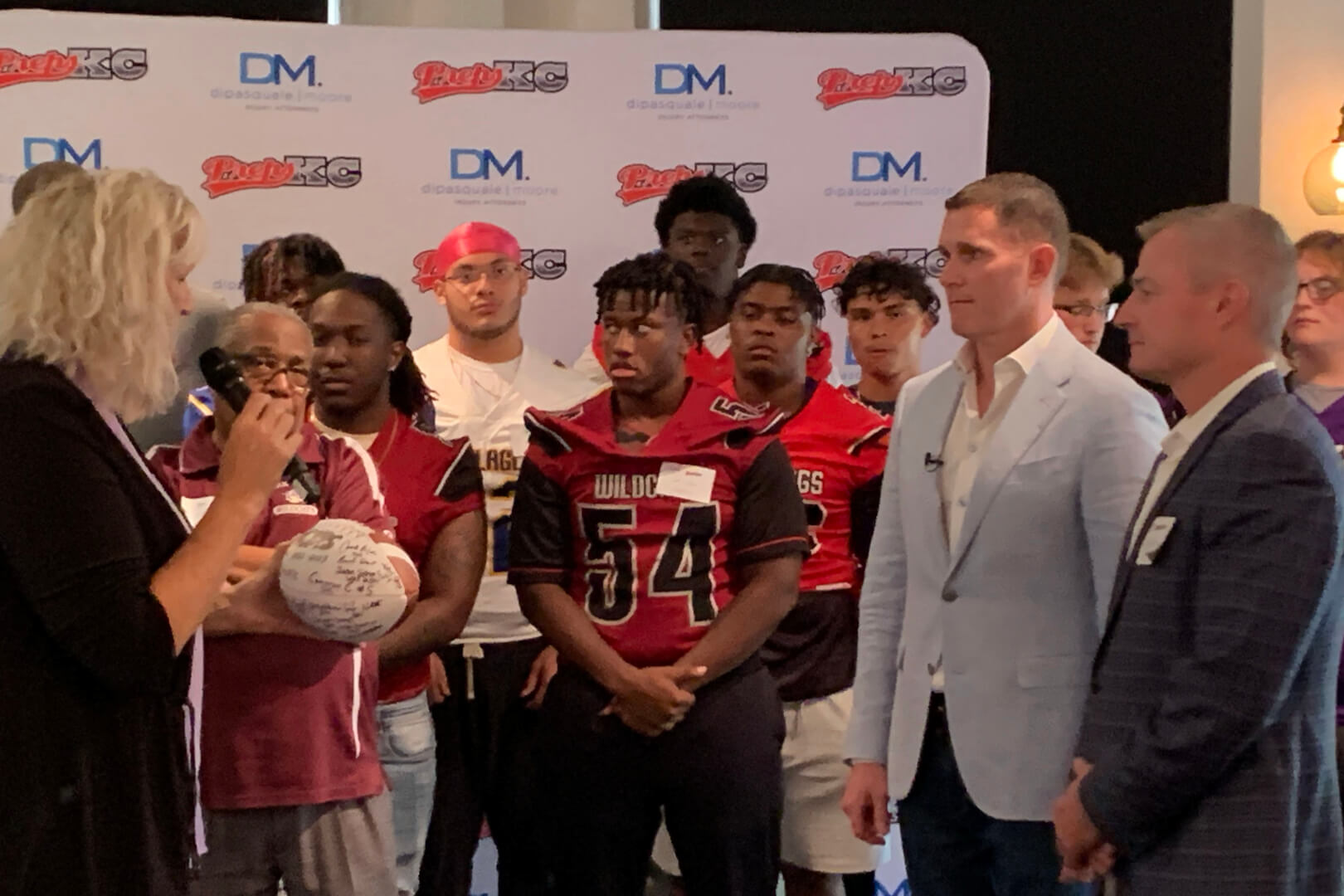 Quinton Jones is a junior at the Kauffman School. He has never played high school football. Yet, he will begin this season as the starting quarterback at University Academy.

Each day after school, Jones, 16, and about 30 of his classmates at Kauffman load a bus and make the short trip to University Academy. In previous seasons, the schools merged their soccer and baseball programs. This fall, for the first time, the co-op will spill over to the gridiron.

“I’ve played other sports, but I’ve been wanting to play football,” Jones said.

The setup is not unique to high school football in the state of Missouri. But the football merger was one of the interesting subplots that emerged from the 2nd annual Dipasquale Moore PrepsKC Media Day held Wednesday at Grand Street Cafe near the Country Club Plaza.

The team is listed on the MSHSAA website as University Academy Charter with Ewing Marion Kauffman High School. The CO-OP or the Squad works for now, said Andrew Blakemore, the first-year head coach at University Academy.

“We love the Kauffman kids,” Blakemore said during a media scrum that featured other outlets in television, radio and online. “Combined, we have about 60 players. About 30 from each school. It’s been great.”

Last year, Jones, a three-sport athlete at Kauffman, played soccer and baseball with University Academy students and basketball with his school. This year, Jones has forgone soccer for football, a move that caused tension at UA, Blakemore joked.

“The soccer coach isn’t happy,” Blakemore said. “But Quinton is a talented kid.”

Three years ago, Sean Coffey left his position as the head coach at Southeast to return home to Ohio. In October 2019, Coffey’s father, Ollie Coffey, died at age 71. The death devastated the younger Coffey, who later moved to Georgia. In two seasons at the helm, Coffey was starting to get his players at Southeast to understand the value of teamwork and commitment to football. In 2018, the Knights were 4-6 overall and finished second in the Interscholastic League with a 3-1 mark.

The following year, the Knights were just 1-9 overall and 1-3 in IL play. By the second game, Coffey’s head and heart was at home and he left the position. The itch to coach would eventually return. Last season, Coffey, a former standout wide receiver at Mizzou, was an assistant at perennial power Woodrow Wilson High School in Camden, New Jersey.

Coffey returns to the IL and Southeast with a New Jersey state championship under his belt. Last season, the Tigers were Group 3 state champions in Jersey. The last year at Southeast has been rough. In 2020, former head coach Julius Foster led the program to a 4-5 record and a perfect 4-0 mark in league play. The following year, the Knights season was over before it started.

One year after locking down an undefeated Interscholastic League championship, injuries, attrition and low numbers derailed the 2021 campaign. The program played just two games last season and was on life support after Foster left. He is now the offensive coordinator at William Chrisman. The Knights, once again led by Coffey, will play Friday for the first time in two years.

“When I heard about what was going on when I was gone it touched my heart,” Coffey said. “Southeast was my first head coaching job. I heard it was going in the wrong direction and I saw an opportunity to return and I took it.”

First- year William Chrisman head coach Michael Rose-Ivey was joined by a quartet of Bears. And representatives from Hogan Prep were in attendance as well including veteran head coach Phil Lascuola.

From the Kansas side, the newly formed Meadowlark League was well represented. Coaches and players from Wyandotte, Washington, Schlagle, Sumner Academy and Harmon were in attendance.