Though irregularly cold and wet conditionings may have added unforeseen challenge to the 2021 DiPasquale Moore Law Firm Combine put on by the Greater Kansas City Football Coaches Association this past Saturday at Basehor-Linwood High School, it certainly didn’t dampen the hopes and efforts of area football players who participated in an effort to pad their athletic resumes for potential collegiate futures.

“I think you will continue to see it grow because it provides a low cost combine and exposure for players in the KC metro who may not be able to afford some of the other combines.”

With the help of volunteer coaches and the expertise of Rack Performance running testing technology, the event was able to efficiently move participants through nine different categories, including laser-timed 40-yard dashes, in under two hours time.

“It definitely was not the best weather for trying to get loose and stuff, but overall I’m glad I got the chance to see where I’m at on times,” stated Keyshaun Elliott, a soon-to-be senior who traveled over from Richmond High and was among the morning’s top finishers.

With a few Division II staff members present, several players like Elliott stated their case for attention. Listed below are the final winners from each station:

For volunteer staff like Blue Valley Southwest head coach Anthony Orrick, just being around the athletes was enough to get him energized about not only the season ahead in Kansas City but also the future of this offseason affair.

“The weather didn’t cooperate today but it was just great to be around a bunch of high quality kids and coaches,” says the 5A head coach.

“A free event like this is something our association should be proud of.”

The event was free due to the sponsorship of the DiPasquale Moore Law Firm and Mike DiPasquale spoke to the athletes before the combine began. 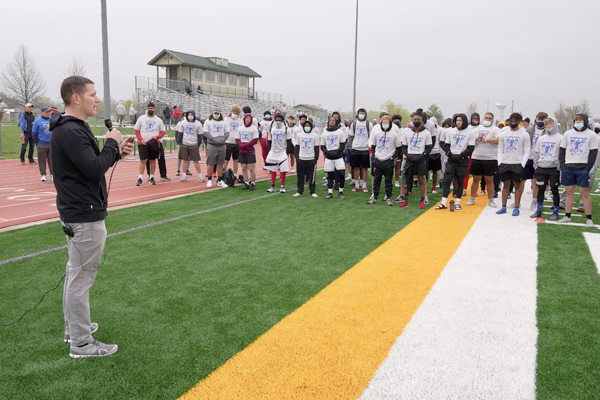 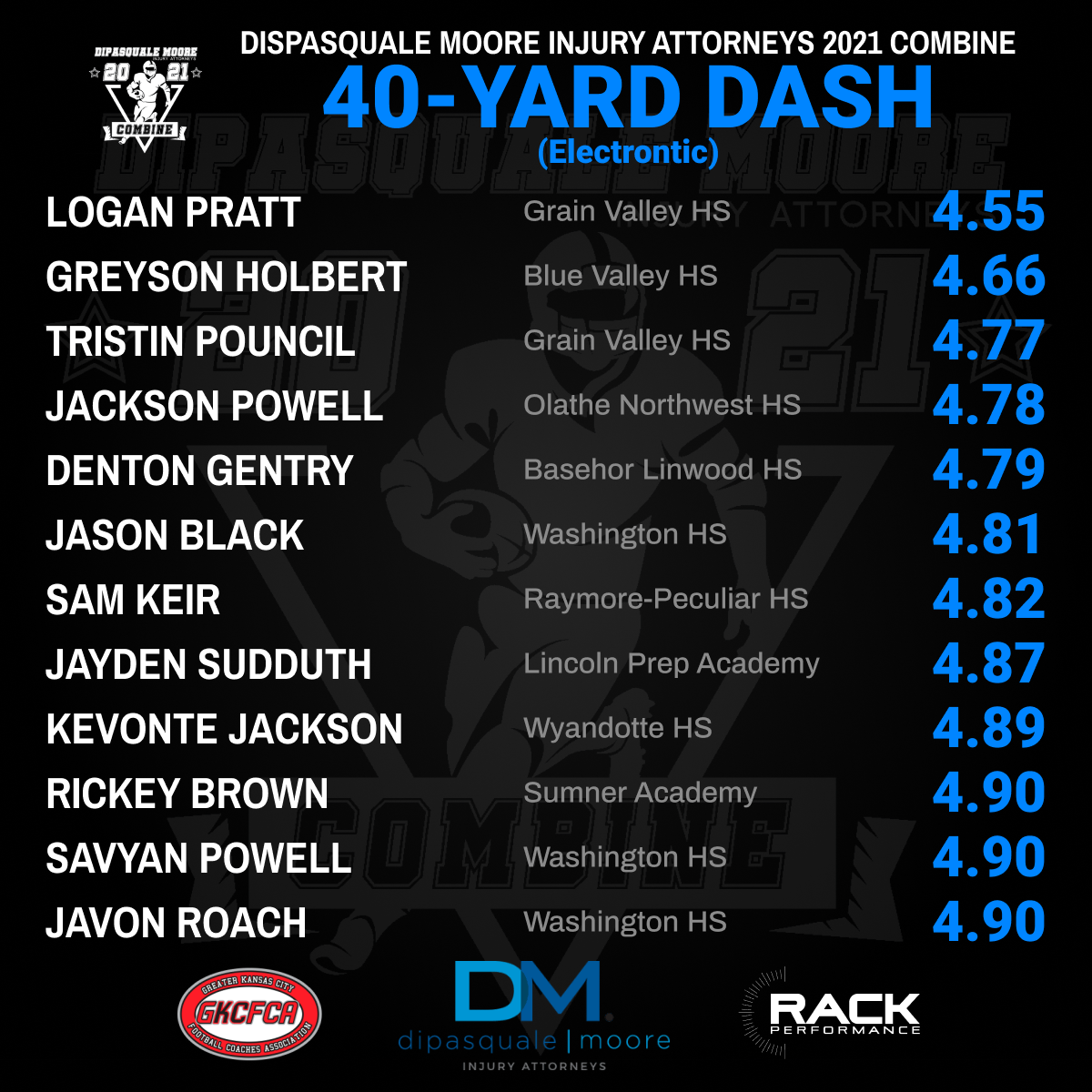 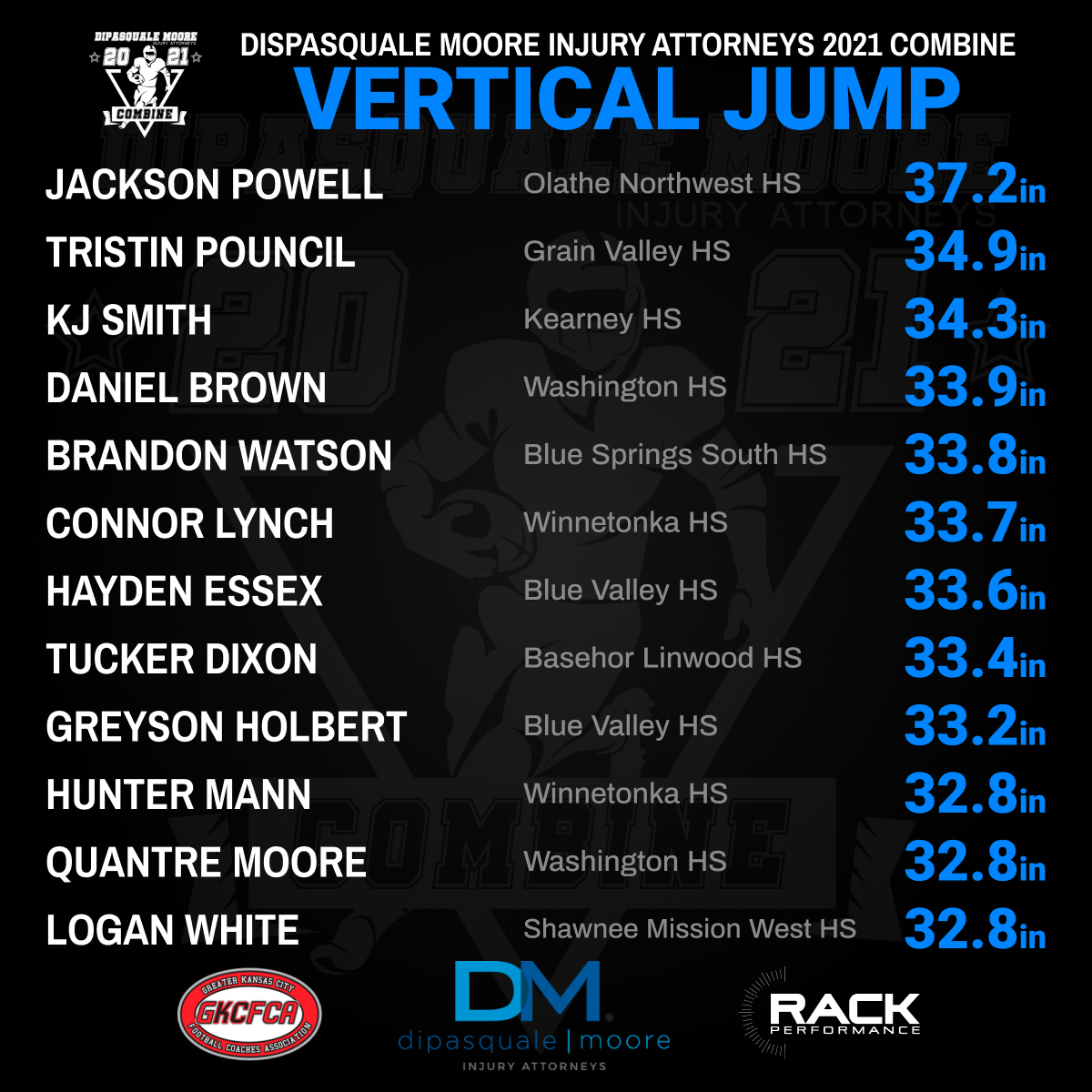 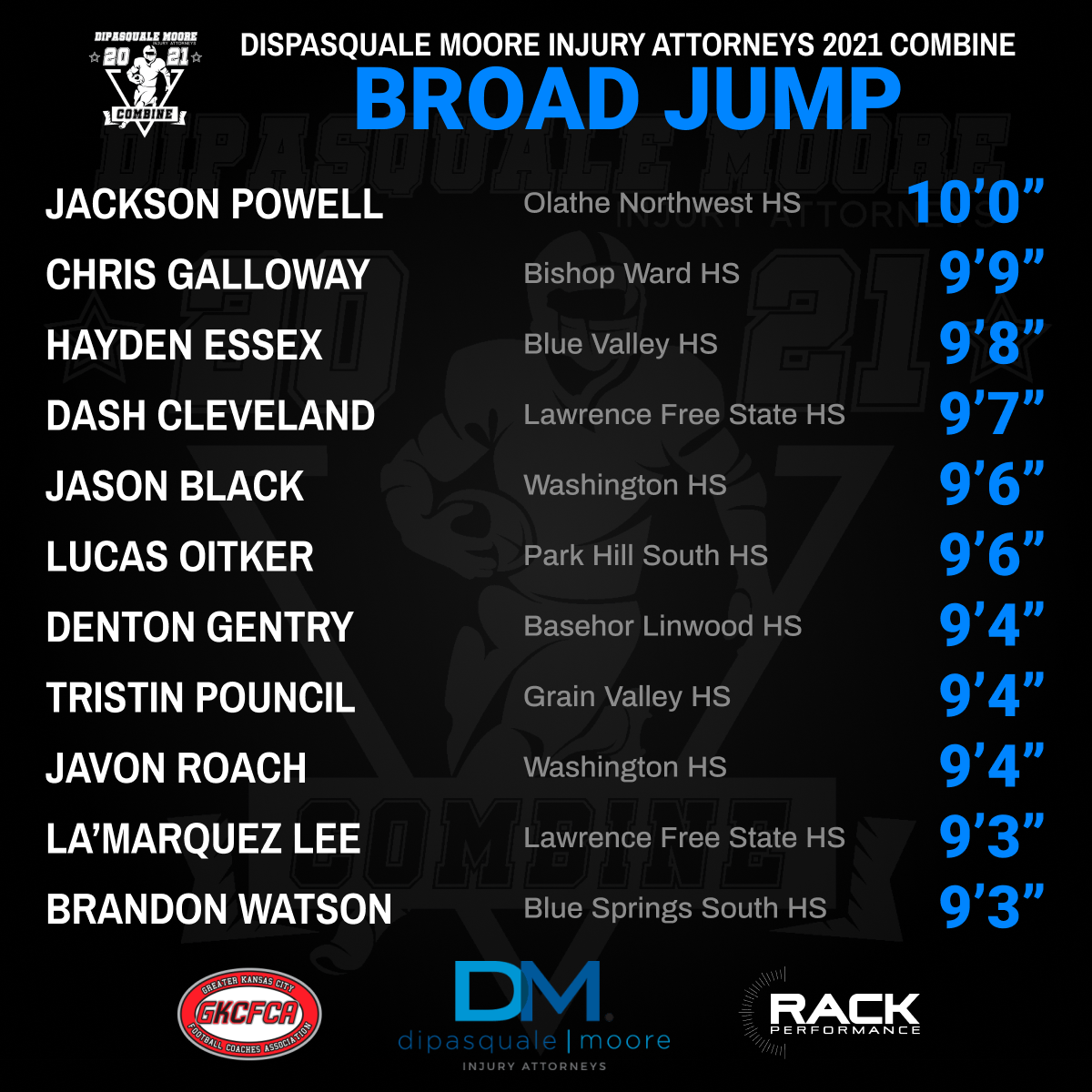 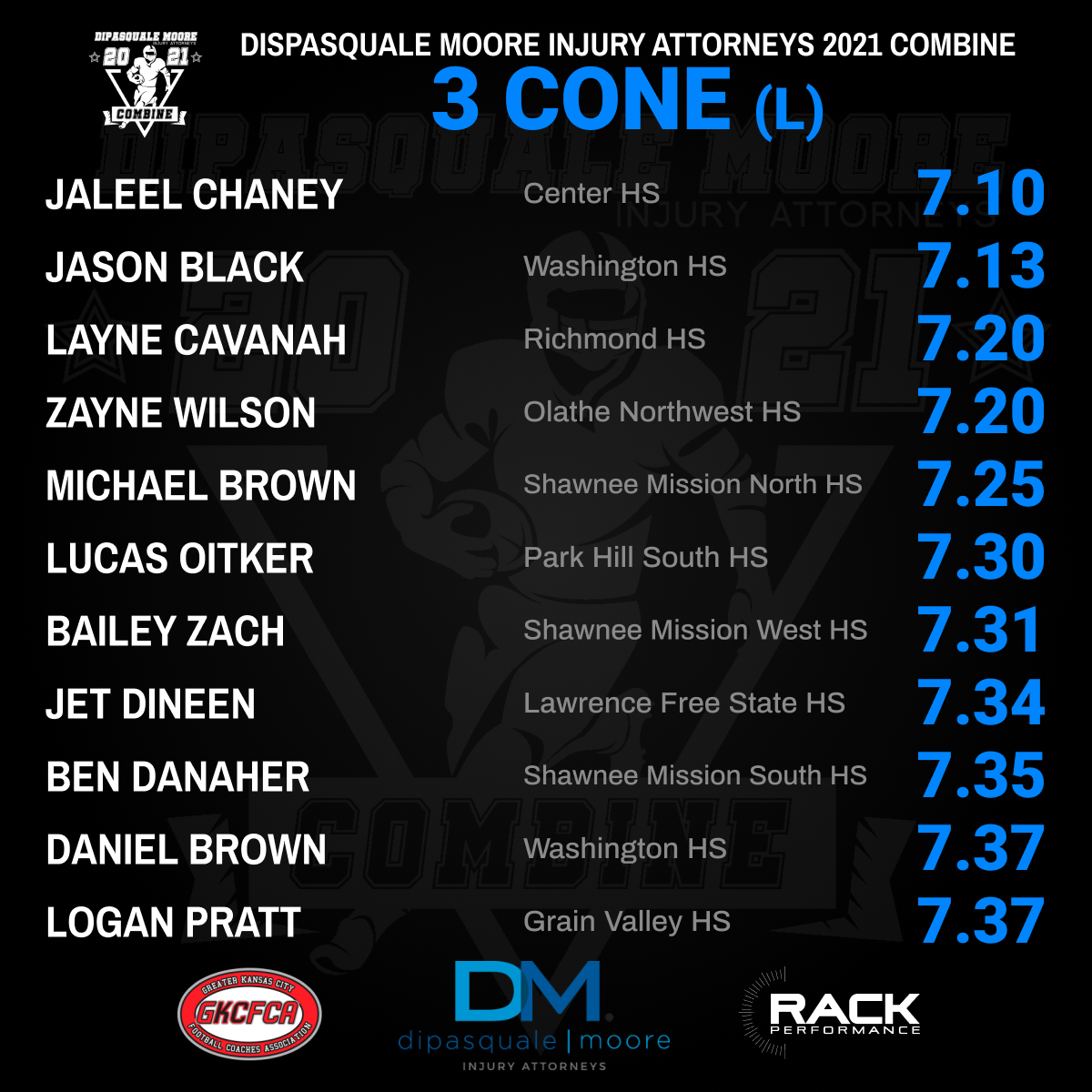 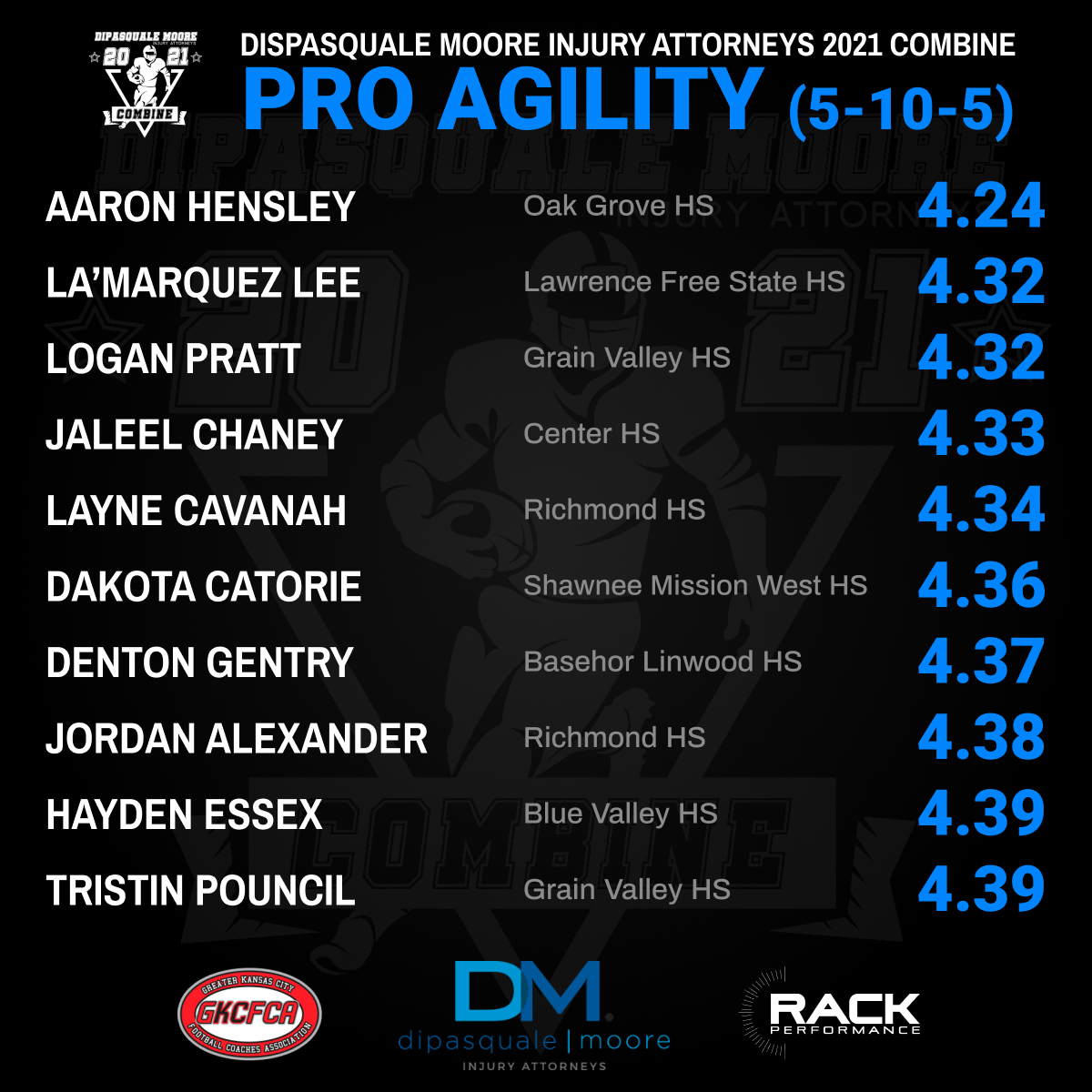 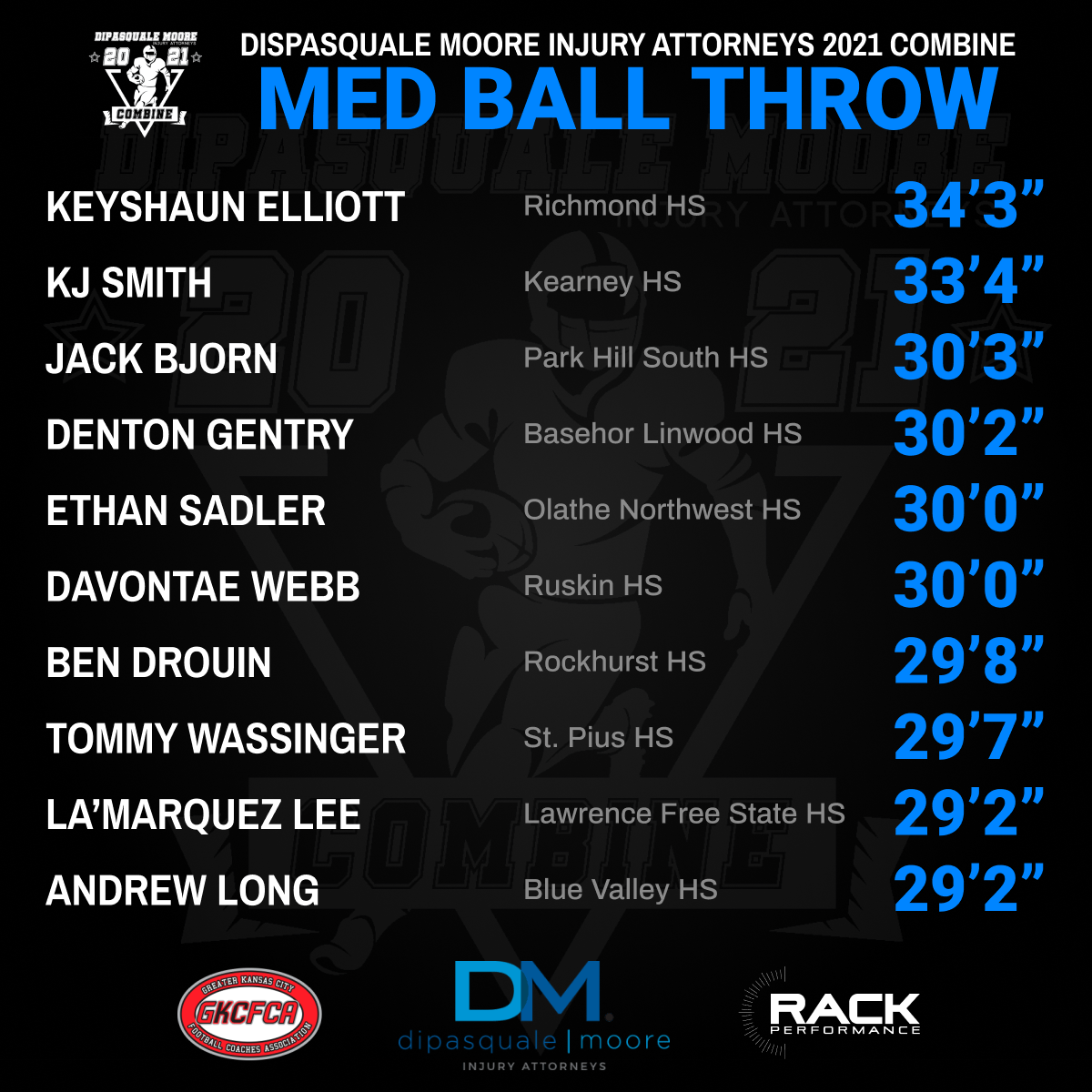