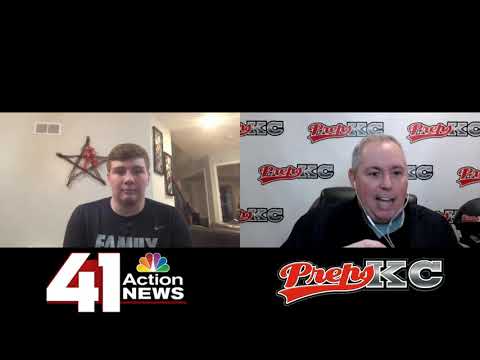 The winner of the 29th Buck Buchanan Award given to the best lineman or linebacker in the Kansas Metro is Ethan Kremer from Mill Valley. The senior offensive and defensive lineman was announced today on 41 Action News.

He finished his senior season with 53 tackles, 14.5 tackles for loss and seven sacks. Kremer was also a force on the offensive line blocking for an offense that averaged 394 yards per game this season.

This is the third award handed out by the Thomas A. Simone Foundation. The Otis Taylor given to the top receiver was won by Raymore-Peculiar sophomore Jaidyn Doss Monday and Tonganoxie senior linebacker Branden Martin won the Bobby Bell given to the top small school lineman linebacker.