A different kind of scramble drill 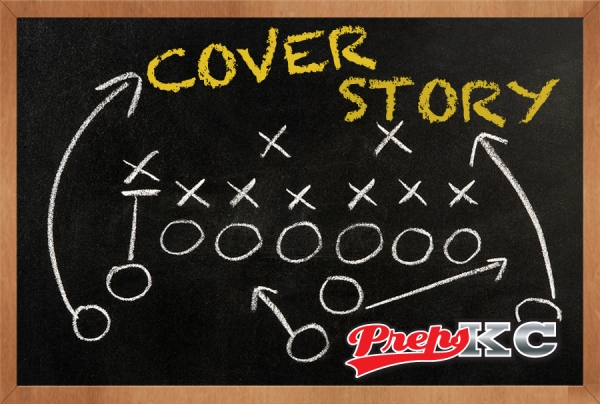 A day before Liberty North’s scheduled season opener, Eagles coach Greg Jones had to break the news to his players.

“There was nothing we could do about it,” Jones said.

The Eagles, who were scheduled to open the season with a road trip to Bentonville, scrambled to find an in-state opponent to fill the new void. What looked like a promising Week 1 test against the always tough Arkansas squad was then axed due to travel concerns amid the coronavirus pandemic.

Then, it was time to scramble a bit.

Liberty North had interest from two Jefferson City schools -- Jeff City High and Helias Catholic -- and Lutheran St. Charles out of the St. Louis area. The Eagles never got a commitment from those schools, so by Thursday, the program’s much anticipated return to the field was officially delayed.

In the end, all three teams found ways to reduce travel. Jeff City avoided any travel at all by hosting Holt and Lutheran St. Charles made the shorter trip to Helias.

Ultimately, Jones elected to stick with the positives, but opening the season against crosstown rival Liberty made it an interesting scenario for a season opener.

“Obviously there are pros and cons,” he said. “The pro is that you got the excitement of coming out. … It truly is one week at a time. You’re truly blessed to get to play each week. Because who knows what’s going to come up week to week.

“We didn’t create this situation that we’re in but we’re sure we’re not going to make excuses and we’re going to attack everything one day at a time.”

Unfortunately for the Eagles, who won a program-best 11 games in 2019, Liberty North’s extra week of preparation ended with a 32-21 home loss to the Jays, who improved to 2-0. The Eagles then dropped to 0-2 with a 35-32 home loss to Raymore-Peculiar on Friday.

The result? A handful of Lawson players were told to quarantine and the Cardinals had to take a step back before the season even kicked off.

“Our goal is to play as many games as we can,” Lawson coach Todd Dunn said. “Usually it’s to win as many games. … It’s a day-by-day thing. Our game with Oak Grove pretty much got canceled on game day. Fortunately, they were able to get a game. We didn’t want to be the problem.”

Dunn said that his Cardinals should be “close to full strength” ahead of Friday’s contest with Mid-Buchanan. After a short-handed Lawson team fell 38-0 to Lafayette County on Sept. 4, the Cardinals dipped to 0-2 with a 47-7 loss to Mid-Buchanan (3-0).

For Lawson, this season is less about results and more about opportunities and experiences, Dunn said.

“We’re a big team chemistry team,” he added. “We haven’t been able to get together, so they’ve had to be resilient and stick together even when we have to keep them apart. That’s a challenge. It kind of gets away from our philosophy of being one team, one heartbeat. Now we’re saying ‘get away from each other.’”

Meanwhile, on the Kansas side, Olathe schools along with St. Thomas Aquinas and St. James Academy started their seasons on Friday, while Blue Valley and Shawnee Mission wait to open their seasons this week.

“It was just a relief to have a start (to the season),” Olathe North coach Chris McCartney said after Friday’s season-opening 41-0 win over Olathe South. “The kids have had a lot of things taken away from them. They had some things to show and it was really exciting.”

Kansas City, Kansas schools are gearing up to start a season after the district originally announced a district-wide cancelation of fall sports.

Louisburg opened the season with a 22-14 rivalry win over Spring Hill on Sept. 4 and a 24-14 setback against undefeated Tonganoxie. The Wildcats’ season-opening triumph occurred on their Senior Night. But this senior recognition night felt different.

“Senior Night for us is such a big deal especially with everything that was going on this year,” Wildcats senior Konnor Vohs said. “We didn't know if we were going, we didn't know what it was going to be like, so we were just glad to get out here and play and get the win.”

Vohs added: “It was just gratifying to get out here because we're not guaranteed anything.”

*There have been plenty more cancelations and schedule changes across the area. PrepsKC is working to stay on top of all the changes and will update mid-week changes on its Schedule Updates page. Overall schedules have been updated as well and team pages are correct barring any midweek cancelations.