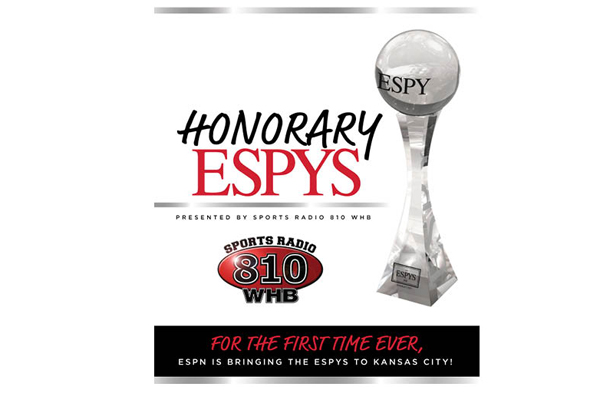 To cast your nominations, write the name of the individual, organization or play/moment you'd like to nominate as well as a form of contact (if applicable). Nominations are unlimited and must be submitted by June 7th at midnight. For additional submissions, nominate via social media by tagging #810ESPYS on Facebook, Instagram or Twitter.

Nominations are open now until midnight on June 7th.  Anyone can nominate someone who fits the awards by going to 810whb.com or going to the Sports Radio 810 Facebook Page and fill out the submission form. Nominations end June 10th and finalists will be voted on June 11th-June 16th.  We will then have various celebrities announce winners on Thursday, June 18th on air.  Each winner will receive an honorary ESPY trophy from 810 WHB.