How long had it been since Grain Valley last won a football district championship? Eagles senior Seth Dankenbring offered a little perspective.

“We were kindergarteners,” Dankenbring said. “This is something we’ve been dreaming of for a long time.”

This dream came true Friday night when Grain Valley beat Harrisonvile 32-21 in the Class 4 District 7 final at Grain Valley. The Eagles have their first district title since 2007, and they have their first-ever postseason win over their old Missouri River Valley Conference rival.

Grain Valley (9-3) secured the title by dominating both sides of the ball, especially in the second half. The Eagles defense stuffed Harrisonville’s vaunted running attack, holding running back Jace Reynolds to 81 yards on 22 carries, well below his 183 yards-per-game average.

Grain Valley, meanwhile, rolled up 204 rushing yards which fueled long possessions in the second half. Jamore Goulden gained 106 yards on 15 carries, and Dankenbring bulled his way to 60 yards and a touchdown.

“We knew we had to take over in the second half,” Grain Valley coach David Allie said. “Our defense did a great job of shutting down their run and we could run the ball. We were able to sustain some drives with that.” 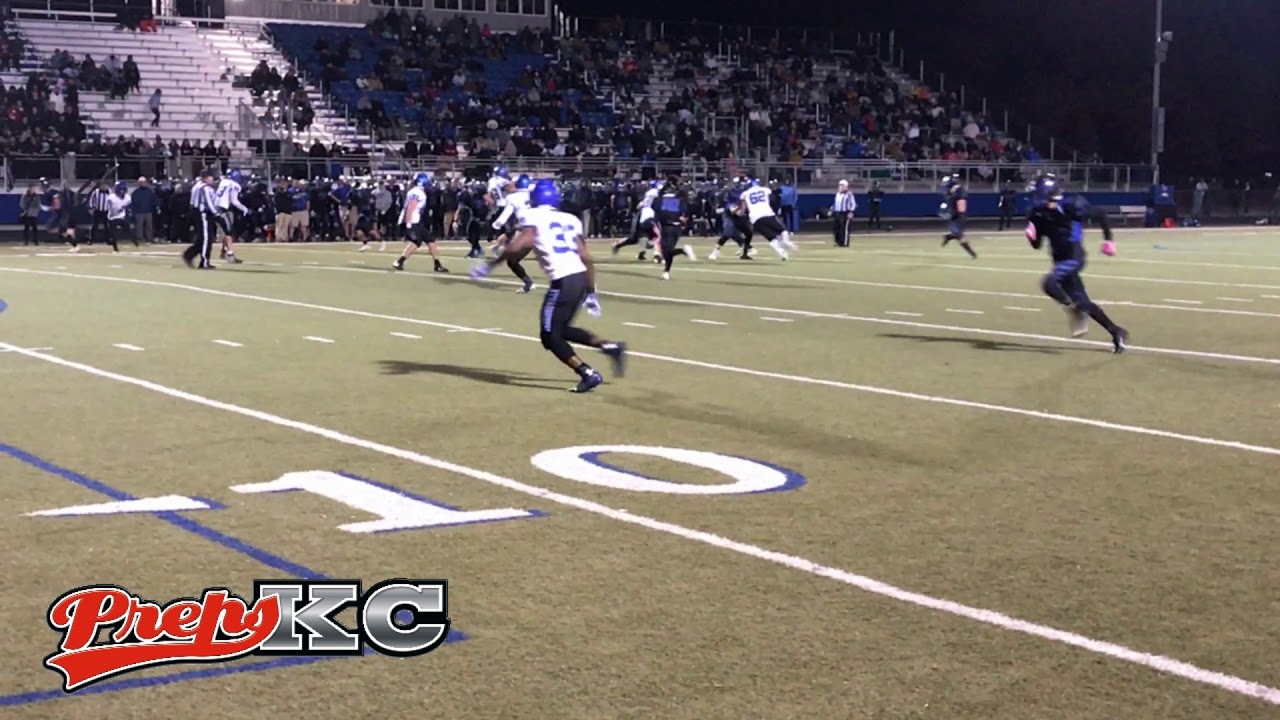 Grain Valley led 14-7 at the half, but Harrisonville regained the lead with what would be its only sustained drive of the second half. It ended with a 5-yard touchdown run by Joshua Pesek and a two-point conversion for a 15-14 lead.

But Grain Valley answered quickly with a six-play drive with four smashmouth runs up the middle. Dankenbring powered in from 2 yards out, and quarterback Parker Bosserman connected with Gavin Olyler for a two-point conversion that put Grain Valley up for good at 22-15.

“We talked about adversity all week long,” Dankenbring said. “We knew if they punched us in the mouth we had to punch them right back and keep going. We couldn’t let off the breaks.”