LAWRENCE — Trailing their undefeated crosstown rival by double digits at halftime, the Free State football team didn’t waste any time capturing momentum in the second half of Friday’s City Showdown against the Lions. The Firebirds came up with two third quarter turnovers and put the rest of the game on junior Tyler Bowden’s shoulders en route to a 31-30 nail-biting victory at LHS.

“Tyler is a warrior. People don’t know how hard he works in the weight room and on the track,” Free State coach Kevin Stewart said. “He’s out there every single day. He’s a kid that will never miss anything. He’s the hardest worker on the team and actually the strongest kid on the team. He and Malik (Berry) are the two strongest, even stronger than our big boys. He’s just got a big heart and works his butt off.”

Both of Bowden’s touchdowns came after turnovers to turn a 21-10 halftime deficit to a 24-21 lead. The Lions fumbled the opening kickoff of the second half to give the Firebirds the ball at LHS 33-yard line. It only took Free State 44 seconds to cash in on the fumble, as Bowden scored on a 28-yard run.

The Lions looked primed to answer with a long scoring drive, but senior Wyatt Durland hauled in an interception in the end zone. Bowden broke free for a 33-yard run on the next play and put the Firebirds in front for the first time with a 30-yard touchdown run. 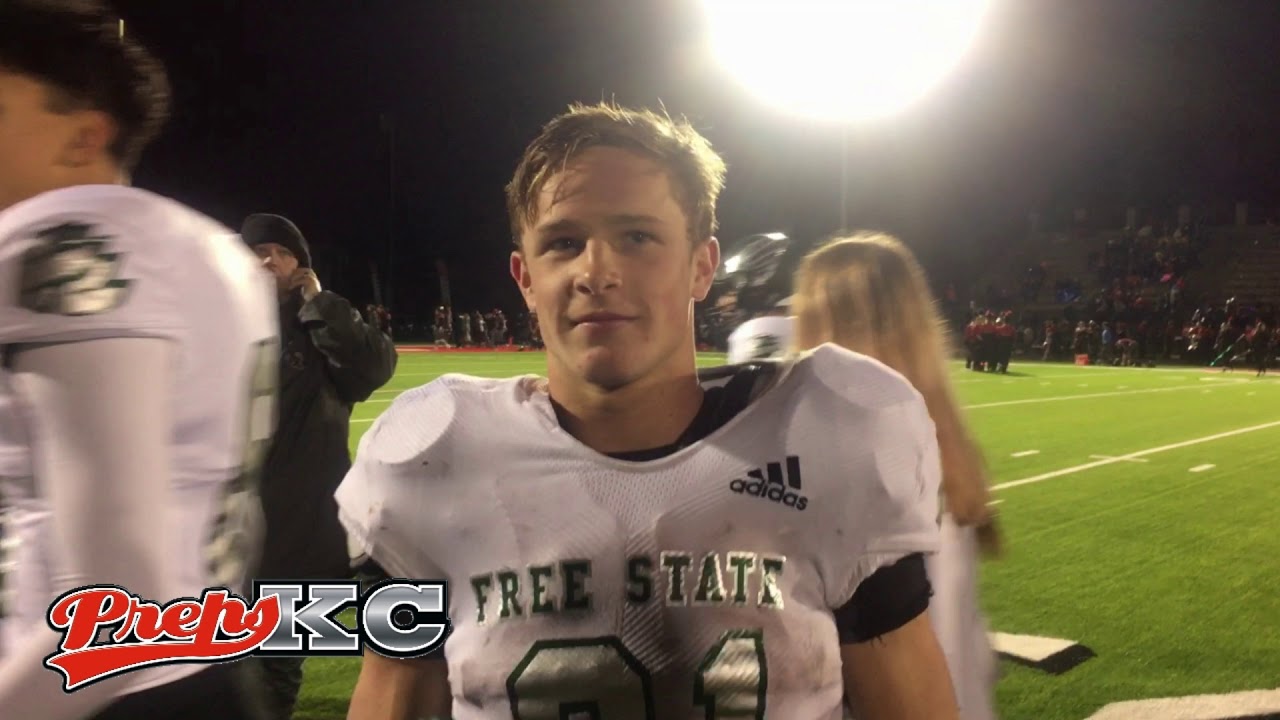 “This is huge. We needed the momentum going into the playoffs and everything,” Bowden said. “Coming back from halftime, that was something we really needed. We needed to know that we could come back when we were down like that. We needed that.”

The Lions had a workhorse running back of their own carrying the load in junior Devin Neal. The 6-foot-1, 196-pound back put the Lions back in front, 28-24, with his third 1-yard touchdown run with 1:41 to go in the third quarter. Neal logged 43 carries for 209 yards and the three scores on the ground and added three catches for 28 yards.

A couple of Neal’s biggest runs came in the final two minutes of the first half after senior Austin Hollins recovered a Bowden fumble at the LHS 12-yard line. Neal and the Lions marched down the field and scored with 4.3 seconds left in the half after junior quarterback Jackson Dooley connected with junior wideout Tre Jackson for a 9-yard touchdown pass.

The LHS offense was unable to score in the fourth quarter, but the Lions’ defense gave them some late life. After Free State held Neal to a 3-yard reception on 4th and 4 from the Free State 9-yard line with just more than five minutes to play, junior Corbin Oberzan tackled Bowden in the end zone for a safety to cut the Firebirds’ lead to 31-30. The Lions got the ball right back after the Firebirds punt, but their last drive stalled at their own 40-yard line.

The Firebirds and Lions both finished the regular season 7-1. While Stewart was thrilled about the big win to end the regular season, he lamented to his team that they have to play more disciplined in the playoffs. Free State and Lawrence High had 15 penalties apiece.

“We just told the guys that we were hurting ourselves with penalties. Get down to the 2-yard line, get a 15-yard penalty and it’s 1st and goal from the 17,” Stewart said. “We just told them if we clean those up, we can get right back in the game.”