Going for the win

In a game when points were at a premium, Staley scored a touchdown with 11 seconds left in the game, for a hard-fought win 13-10 over Park Hill.

Park Hill got out of the gate fast, scoring on their opening drive, with the help of a fortunate bounce. Javion Gathrite fumbled at the 5-yard line, but Anthony Hall scooped it up and ran the rest of the way for a score. Grant Pella converted the P.A.T. and the Trojans were up 7-0.

Late in the second quarter with the Falcons on the move Mikey Miles intercepted a pass and made a shifty return to the Falcons 22-yard line. After the drive stalled, Pella nailed a 41-yard field goal, giving the Trojans a 10- 0 lead at the half.

There was no scoring in the third period as both teams fought for field position. The game changed at the 8:20 mark of the final quarter when as the Trojans attempted to punt from deep in their own territory Hayden Gregg, crashed through the middle of the line and blocked the punt. It was recovered in the end zone by Ezra Grosko. Brayden Walker kicked the point after and the Falcons trailed 10 – 7. 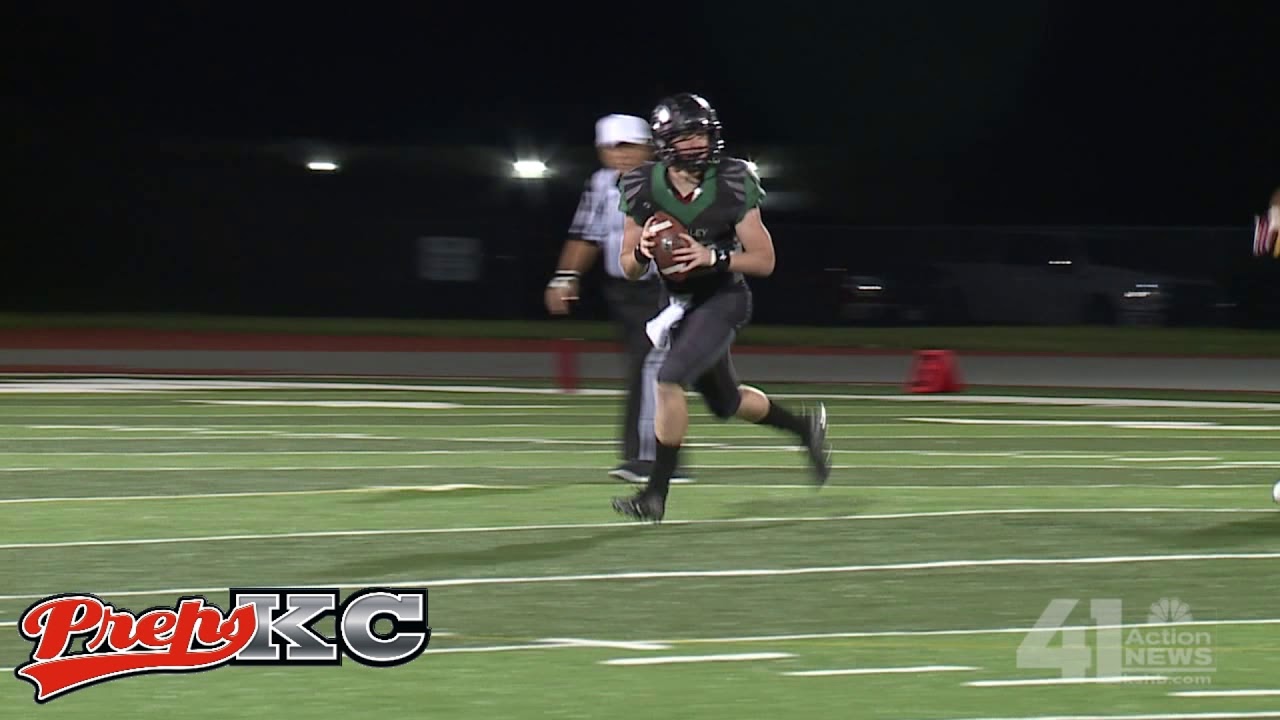 Both teams struggled to move the ball, and the Falcons got the ball with just 3:26 remaining in regulation, and no timeouts. Quarterback Dawson Parks kept getting his team up to the line of scrimmage and the methodically moved the ball down the field. One of the big plays in the drive was a pass to Jared Neel, who just refused to go down, dragging defenders, down to the Trojan 30-yard line.

“Neel is an outstanding blocker, but what people don’t realize is he can catch the football,” Staley coach Phil Lite said of Neel’s big catch that fired up the Staley sideline. “He’s a threat, and he’s a strong kid.  Strong kid, great athlete.”

As the clock neared 2:00, Parks kept handing off to Dermont Marshall who moved the ball down to the 4-yard line. Park clocked the ball with :11 seconds left, and the Falcons set up for the field goal and overtime. But before the snap, the Trojans jumped offside and the half the distance penalty gave Staley a first down outside the 1-yard line. Coach Lite then sent the offense back on the field. Parks took the shotgun snap, looked off two receivers and found Trevor Dusenbery for the winning score.

“My first thought when he, (Lite) called it was this is going to work,” Parks said. “My first read was in the flat route and it wasn’t there. My second read was an over route, but it wasn’t there. I saw pressure and stepped up and my receiver Trevor Dusenbery found a hole, the O line handled the pressure, he found a hole and I just hit him right there.”

Coach Lite admitted that he was going to try to tie the game with a kick until the offsides.

“We were looking on 3rd down, kick the field goal and go to over time,” Lite said. “But when they were offside, we had a couple of plays that we thought we could use. The last play was a two-point conversion, we practice it every week and the time called for it. We thought we had a great play and the kids just executed it.”

The win improves the Falcons record to 6-2 with a home game against Liberty. Park Hill falls to 6-2 and will host Blue Springs next week.