Gardner-Edgerton senior quarterback Teven McKelvey was itching to get back on the field after the Trailblazers let a 13-point fourth quarter lead slip away last week against Lawrence High. McKelvey and the Trailblazers got that sour taste out of their mouths during a 34-6 win over Olathe East on Thursday at College Boulevard Activity Center.

“Coach (Ryan) Cornelsen after we lost that game, he was like, ‘That’s where the little things come in.’ When he tells us to be somewhere at a certain time or tells us to do a certain thing, we’ve got to do it,” McKelvey said. “All of this week we were disciplined about it and we got the job done.”

The Gardner-Edgerton signal caller wasn’t the only Trailblazer to have 100-plus rushing yards on the night. After a scoreless first quarter, senior running back TayeZahn Crough put the Trailblazers (3-1) on the board first with a 4-yard touchdown run with 10:22 to go in the first half. Crough had 13 totes for 117 yards and the one score.

The Hawks (2-2) did answer the Trailblazers’ first punch with a big blow from their standout running back Ma’rrell Fountain. Fountain found pay dirt from 2 yards out on a direct snap to even the score at 6-6. The Olathe East running back racked up 68 of his 85 yards in the first half.

“He’s a great kid, he’s a great teammate and he can play,” Olathe East coach Jesse Owen said of Fountain. “We’re lucky to have him.” 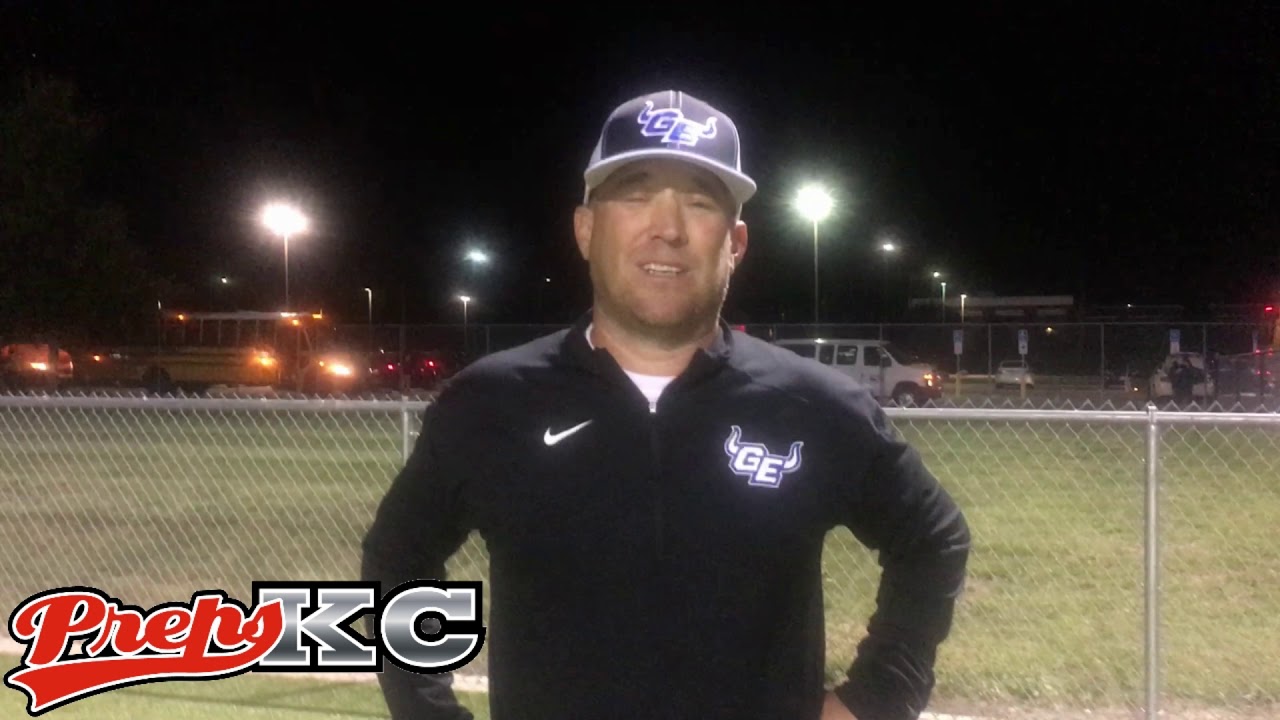 Olathe East nearly grabbed a two-point lead, but the 2-point conversion attempt was ruled unsuccessful with the receiver being unable to get a foot down in the end zone before landing out of bounds. Crough was quick to seize momentum back for the Trailblazers, as he broke free for a 74-yard run on the ensuing drive. Senior quarterback Teven McKelvey scored on a 6-yard run on the next play to put the Trailblazers up 13-6. That score would hold for the remainder of the half.

McKelvey kept the pedal to the medal when play resumed. The 6-foot-2, 193-pound quarterback’s 39-yard run put the Trailblazers in the red zone on their first drive of the second half. McKelvey scored on a 7-yard run two plays later to give the Trailblazers a 20-6 advantage with 7:48 to play in the third quarter.

“That’s all because of our O-line. They work their butts off just like we do,” McKelvey said. “It’s easy to find a hole when everyone is holding their blocks. It’s a whole team effort. It’s not just our backs.”

Out of the two passes the Trailblazers completed against the Hawks, McKelvey threw one of them for 33 yards to senior Jacob Renaud and was on the receiving end of the other when senior Tyler Goetzmann connected with him on a 60-yard strike in the fourth quarter. McKelvey finished off the drive with his fourth touchdown run on a 2-yard carry.

“He’s really special when he’s got the ball,” Cornelsen said of McKelvey. “Probably the thing that most people didn’t see tonight was that he really read the option within the system the best he’s read it. It was probably our best stuff. Everybody sees the big plays and all the flashy stuff he does, but it was the little things that I saw from him tonight that was probably the best for him.”

The Hawks put together one last drive late, as Olathe East sophomore quarterback Austin Berggren continued to connect with top target Darius Bibbs. The Hawks top receiver hauled in eight receptions for 100 yards. However, the Trailblazers came up with a goal-line stand with five seconds to complete their second half shutout.

“Coach (Chris) Walters and the defensive staff had a great plan. It was a little bit different than anything we’ve done prior,” Cornelsen said. “We just tried to take away some of the things that they did best. I thought those guys did a great job of coming up with a plan that we could execute.”

“Fundamentals. It starts there. We’ve got to lick our wounds and get our batteries recharged a little bit and move on,” Owen said. “It’s a long season. It was a humbling night.”