Van Horn will go be going to bed on Saturday having nightmares about Center running back Cris Ferrer.

Ferrer, who is one of the Metro’s leading rushers, padded those totals in a 27-20 win over previously undefeated Van Horn at William Chrisman. Ferrer finished the game with 369 yards on 23 carries, scoring four times.

“Cris is a special athlete,” Center coach Bryan DeLong said. “That’s a tribute to Cris and the offensive line.”

After Center’s first two plays of the game picked up minimal yardage, Center coach Bryan DeLong called Ferrer’s number and Ferrer didn’t disappoint as he took the hand off and bounced outside taking it 61 yards for the touchdown. During the play, Ferrer was hit with unsportsmanlike penalty for celebrating.

The Falcons took advantage of the mistake by Ferrer and the Yellowjackets and cashed in as Van Horn running back Devontae Telvar broke off a 52-yard run to get the Falcons within striking distance. A play later, Telvar fell into the end zone to cut the deficit to 7-6 after the extra point was missed.

The Yellowjackets wasted no time responding as Ferrer scored his second touchdown of the game, this time it was a 52-yard run. Ferrer took the hand off and, once again, bounced the run to the outside and tight roped the sideline before scoring. 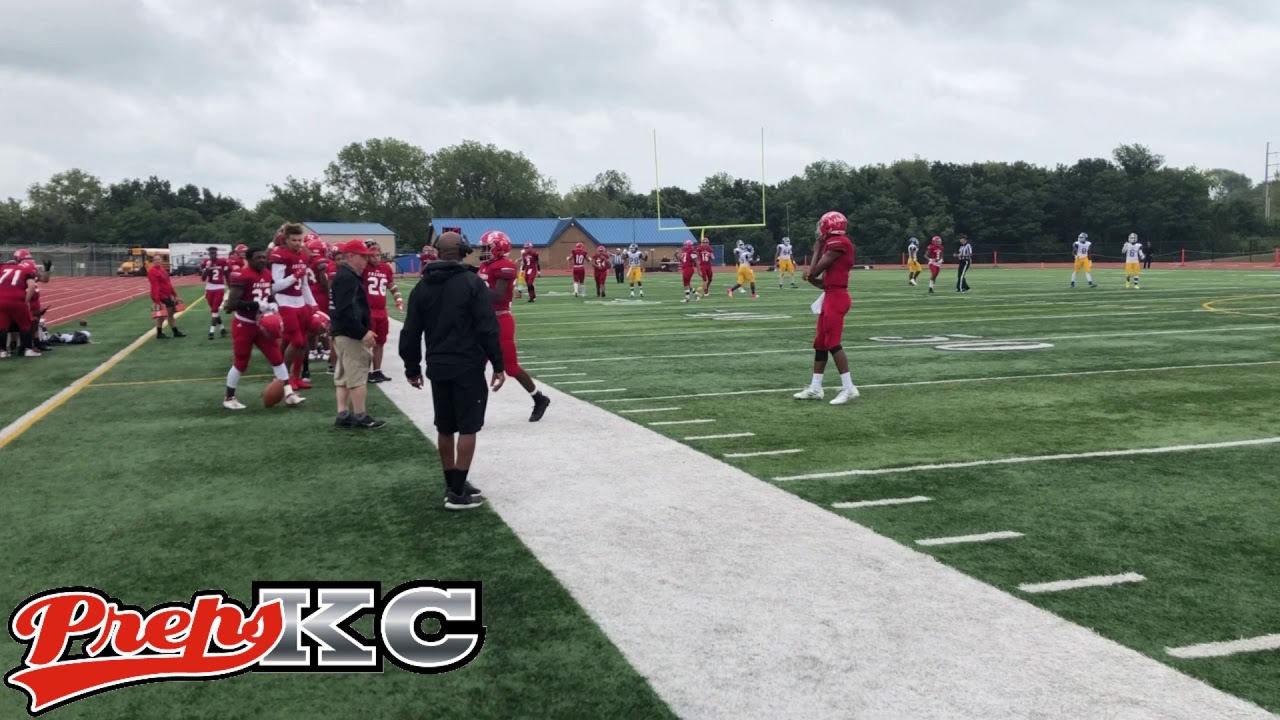 Ferrer wasn’t done, by the end of the first quarter he scored again — another 61-yard run — to give Center, at the time, a comfortable 20-6 lead. Then came the rains and hour and a half delay that sucked all the momentum away from the Yellowjackets.

After the delay, play resumed and it was Van Horn who took advantage of the time off as Sean Mitchell took matters into his own hands, scampering down the sideline, picking up 59 yards on the play, coming up two yards short of the end zone.

The very next play, Telvar scored what he thought was his second touchdown of the game, but it was called back for a chop block and Center held on downs.

“Pernell Barrett, if he doesn’t hustle (they make the game closer). He saved our bacon there,” Delong said. “They punch that in it’s a different game because of how much momentum that would give them.”

In the second it was who made it a point to capitalize on several Center mistakes, the first being a goal line stand, as Chris Taylor-Fuqua was stopped short of the end zone.

The second mistake came on the Yellowjackets’ second drive of the third quarter as they were hit with two procedure penalties, which stalled the drive and gave Van Horn new life after Mitchell threw a 39-yard touchdown to Drevion Downton.

“Coach (William) Harris has built his program into a good team,” Delong said. “I don’t know how to say it. His kids are bigger, they are more physical, they play harder. They gave us all we can handle today.

“They earned to get back into the game. They ran the ball. … they took away some things we were doing early that were working well.”

After the Falcons forced another Center three-and-out, they wasted no time tying the game as Mitchell connected with Caleb Tanis on fourth-and-goal from the 8-yard line.

Ferrer, who had three touchdowns — all in the first quarter — put the game on his back and scored his fourth touchdown of the game on toss sweep that went 64 yards.