Plenty of time for a big win

The Gardner-Edgerton ground-and-pound offense was rolling in the Trailblazers’ 34-7 inclement weather-shorted win over Olathe West on Thursday at the College Boulevard Activity Center. The game was called with 1:50 remaining in the third quarter.

Gardner-Edgerton senior quarterback Teven McKelvey accounted for four of the Trailblazers’ five touchdowns. McKelvey scored on runs of 1, 3 and 11 yards before adding a 36-yard touchdown pass to senior Reggie Dennis.

The Trailblazers (2-0) nearly blanked the Owls (0-2), but Olathe West junior quarterback Alex Birge broke up the shutout with 2:34 to go in the third quarter when he punched it in from 3 yards out.

Cornelson had several reasons to be proud of the Trailblazers defense. On Olathe West’s opening drive, the Owls netted -3 yards before punting out of their own end zone. That led to a 34-yard scoring drive by the Trailblazers, which was capped by a 1-yard Jacob Butash touchdown run.

Birge and the Owls drove into Gardner-Edgerton territory on their next two drives, but the Trailblazers made big plays to end both threats. Senior Isaiah Jackson and junior Davonte Pritchard recorded back-to-back sacks to force the Owls to turn it over on downs on their second possession. The Owls were knocking on the door again on their third drive before senior Preston Rohr picked off Birge and returned it 64 yards for a near pick six. McKelvey scored on a 1-yard run on the very next play.

“This is his first year playing football,” Cornelson said of Rohr. “He’s extremely savvy and he understands the game. He understands what his job is. He was right where he was supposed to be and was able to make a big play. I was excited for him. He almost punched it in. He got close.”

While the Trailblazers did most of their damage in the run game with McKelvey (69 yards on 12 carries) and senior TayeZahn Crough (six totes for 65 yards) leading the way, the Owls were at their best through the air. Birge completed 9 of 16 passes for 120 yards. Seniors Caden Barnard (four receptions for 41 yards) and Connor Delong (two catches for 51 yards) paced the Olathe West receiving corps.

The Trailblazers will return home to host Lawrence on Sept. 20. The Owls will try to get in the win column against Olathe East on Sept. 20 at CBAC. 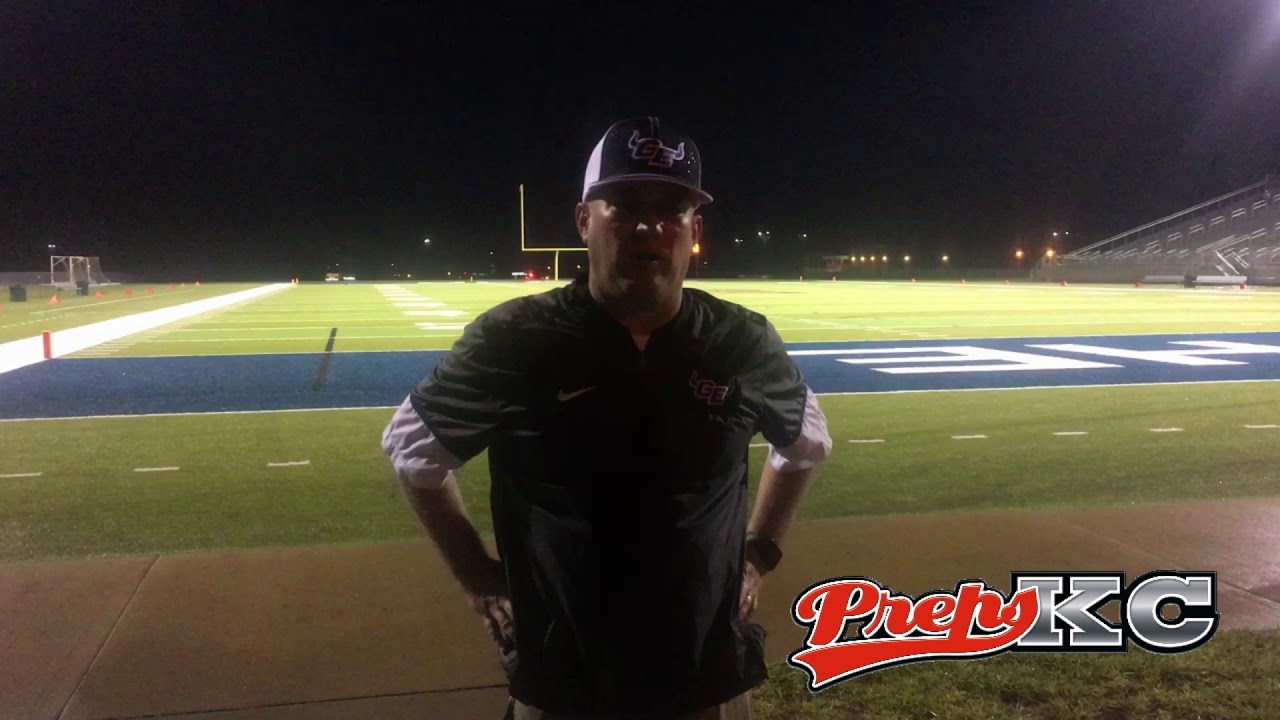