The PrepsKc.com game of the week was held at the newly renovated stadium in Kearney. The hometown fans celebrated with a victory over Harrisonville 34 - 14.

Neither team scored until the last minute of the first half. Harrisonville scored with 57 seconds left in the second quarter when Jace Reynolds scored on a 9-yard run. The two-point play failed, and the Wildcats took the lead 6-0.

The Bulldogs tied the game after a long run by Garret Laughlin, put the ball at the Wildcat 22-yard line with :06 left in the half. Ian Acosta threw a 22-yard touchdown to Jacob Stevens, with no time left on the clock.

After the game Acosta, blamed himself for his teams slow first half.

“It was my first start and I was nervous.” When asked about his first touchdown of the game, he said, “I just thought get the ball up there and he, (Stevens) will make a play.”

The late scored ignited the Bulldogs, as they scored twice in less than a minute. Laughlin scored on a 35 yard run, and also picked up the two point conversion running it in. Corbin Bevan recovered a fumble snap and returned it 28 yards for a score. Luis Garcia converted the PAT, and the Bulldogs were up 21 - 6.

The Wildcats made it a one score game when River Riley threw a 34-yard touchdown pass to Brice Percival. The Wildcats ran a reverse pass, that had Braydon Tarwater throwing to Riley for the two-point play.

The Bulldogs scored twice more through the air, as Acosta connected with Trevor Fitz, for a 26-yard touchdown. He then finished the scoring with an 18-yard score to Carson Frakes.

Garret Laughlin finished with over 280 rushing yards. He talked about making the switch from defense last year.

“I grew up playing running back, and last year the team needed me to play mostly linebacker,” Laughlin said. “It took quite a while to get my running back vision back.”

linebacker, last year to running back this year.

“At the Jamboree, he just wasn’t hitting the holes,” Gray said “He was moving laterally. It just clicked for him between Monday, and Tuesday’s practice. He was seeing the hole and running through it.”

The Bulldogs will host the Staley next week. The Wildcats will be at home to host Maryville. 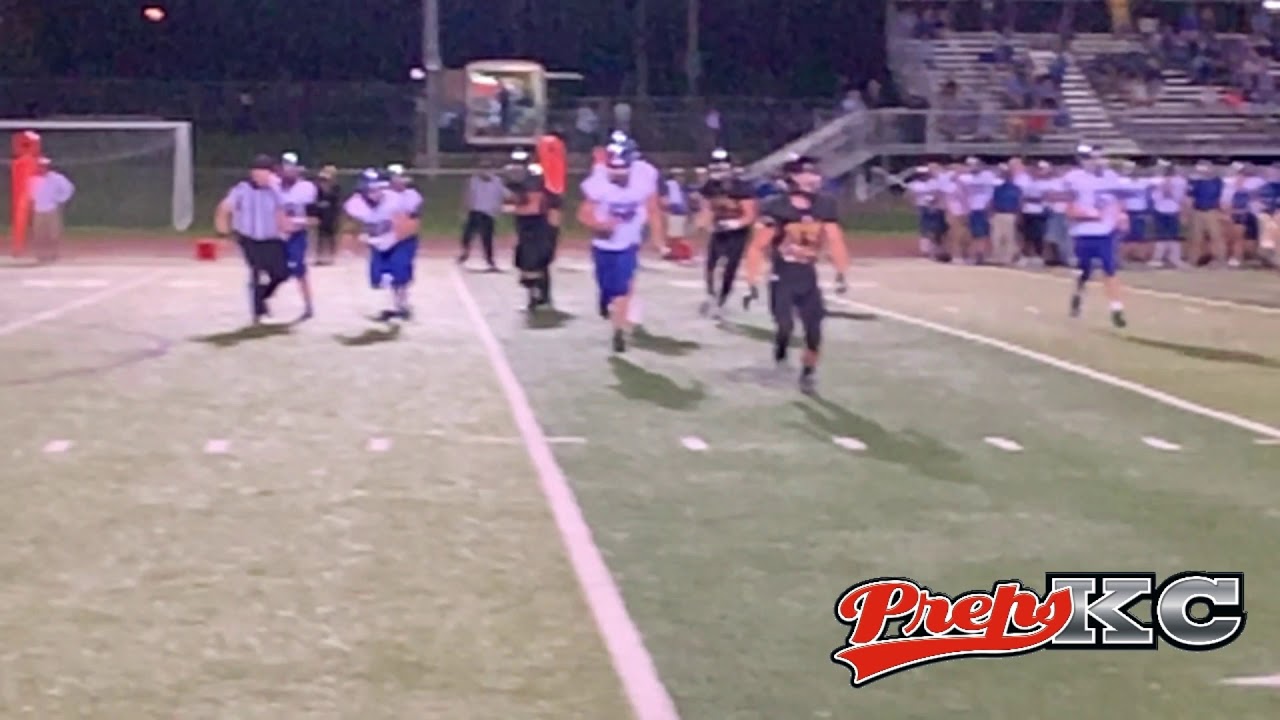