Shaking off the rust

It took a little while for him to get going, but once Joe Campbell started to do Joe Campbell things Friday night against Blue Springs South, the Blue Jays looked a lot like the team that went 8-2 a season ago.

Campbell did most of his damage with his legs and led the Blue Jays to a come-from-behind 23-21 victory to start the 2019 season 1-0.

“I like the type of games where I know I’m going to have to make a play, every play,” Campbell said. “We started off a little stale. The first few drives we were trying to figure out what we were going to see.”

Raytown head coach Logan Minnick gave credit to Blue Springs South’s defense for taking away the Blue Jays’ deep-threat wide receivers. But once they made the adjustment, Campbell and company started to move the ball with shorter passes and a physical run game.

“We were much more physical in the second half,” Minnick said. “We were just going to line up and run it at you. Both games we lost last year we got beat physically. We’ve been preaching that all offseason and they stepped up to the challenge.”

Trailing 14-3 in the second quarter, the Blue Jays offense started to show some signs of life thanks to an 82-yard touchdown drive that lasted a little more than 5 minutes. Campbell capped the drive with a 4-yard touchdown run to make it 14-11 after the two-point conversion.

South quarterback Max Conard answered quickly with a 61-yard touchdown scamper to put the Jaguars up 21-11 at the half.

The Blue Jays started to creep back into it late in the third quarter. Campbell went a perfect four-of-four for 37 yards and ran for another 20 – finding the end zone on the final 5 yards – to make it 21-17 after the extra point was blocked.

Two drives later, thanks in part to a short field, the Blue Jays only needed to go 40 yards for what would be the game-winning score. Campbell covered 23 yards over the final three running plays, the last of which came from 6 yards out to give Raytown a 23-21 lead after the missed extra point.

“We only have two seniors up front but they’re stepping up,” Campbell said of his offensive line. “You could tell their defensive line was gassed in the second half. This is one of the best offensive lines there’s ever been at Raytown.”

They helped Campbell run for 150 yards on the night on a combination of designed runs and roll outs.

Meanwhile, the Jaguars offense had become stagnant after a solid start. They marched right down the field on their opening drive, needing just six plays to find the end zone when Conard hit Isaiah Frost from 21 yards out.

Conard ran in another score from 1-yard out early in the second quarter after throwing for 36 yards to  Qarnayn Lanier on a fourth-and-six. That made it 14-3.

But after Conard’s 61-yard scoring run late in the quarter, the offense dried up. They had just five first downs in the second half, and three of those came on one drive.

“We didn’t handle their interior pressure as much in the second half,” Klein said, “and because of that we just weren’t able to put up any points.”

Added Minnick of his defense, “Other than the first drive, I thought our defense played really well. Play-by-play, they were able to hold up pretty well.”

Raytown will look to avenge last season’s loss to Oak Park when they travel to face the Northmen next Friday. Blue Springs South will travel to Ray-Pec. 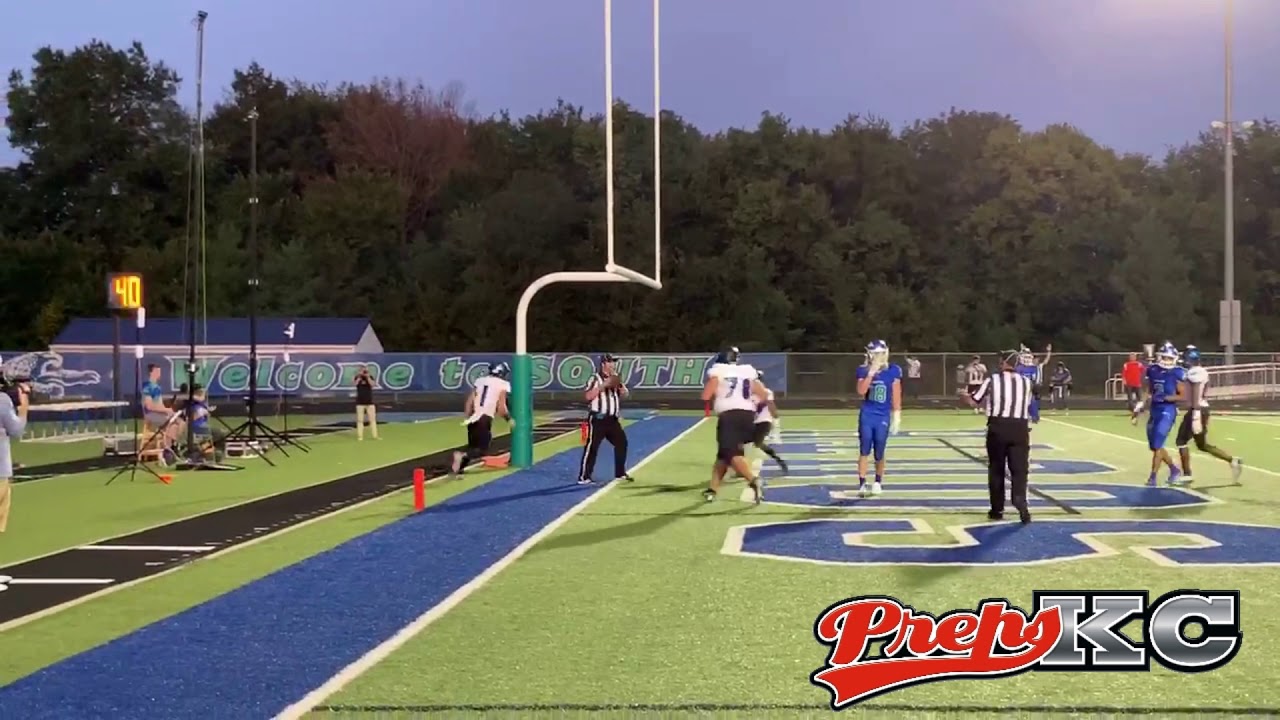