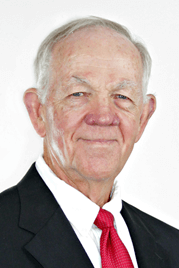 Sam Brown has been a successful coach at every stop in his career. The Excelsior Springs native finished his career with a 176-129-1 record with stops at Grandview and Shawnee Mission North sandwiched in between stints at his alma mater.

At Grandview he led the Bulldogs to six conference titles, district titles and quarterfinal appearances in a nine-year stretch. Grandview also reached the semifinals in 1984.

At Shawnee Mission North his team won a Sunflower League title, two district titles and advanced to the quarterfinals in 2000.

Brown played his college football at the University of Missouri and was a member of the 1970 Orange Bowl team. He currently resides in Liberty.